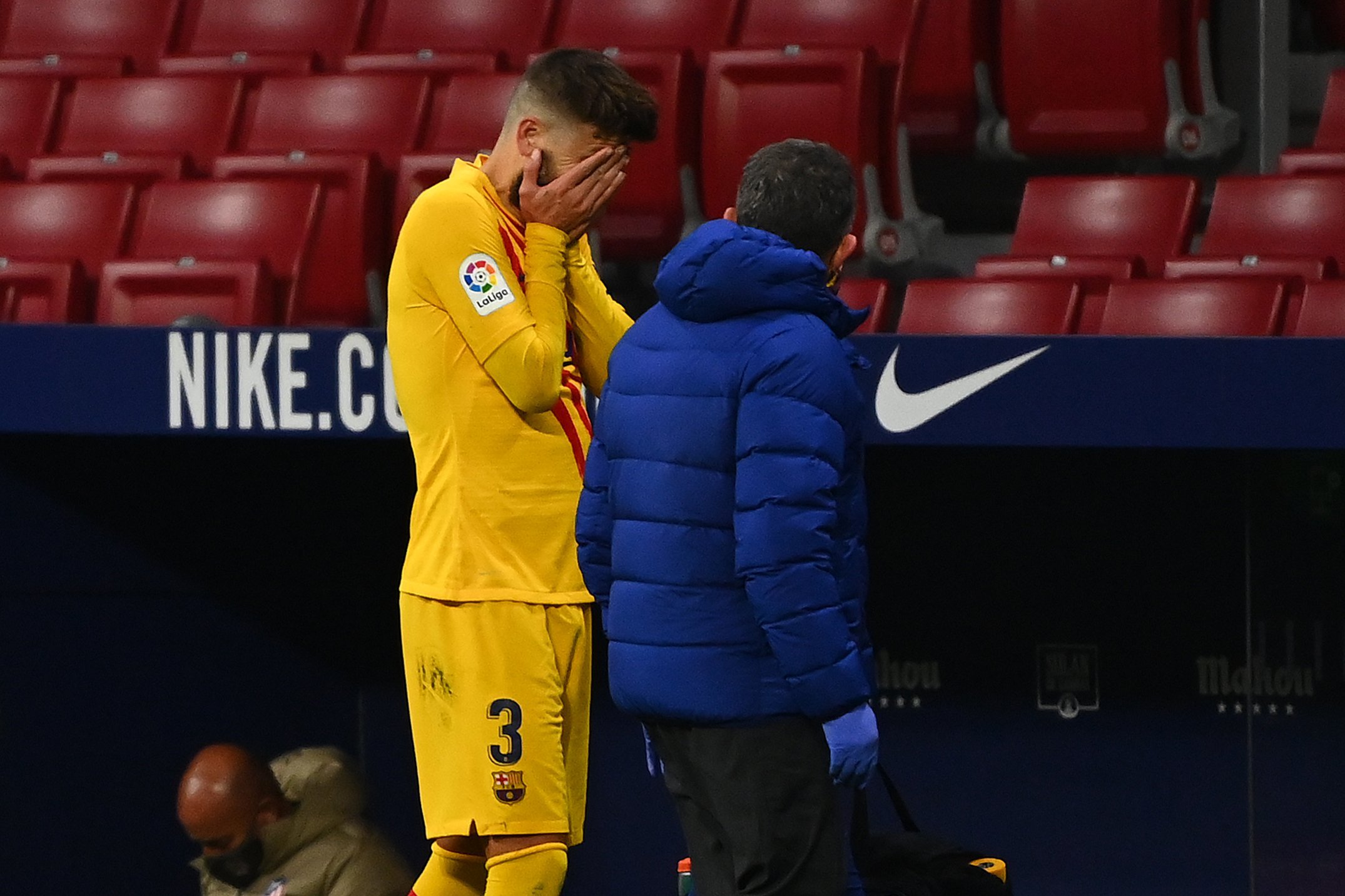 Barcelona’s night against Atletico went from bad to worse in a matter of seconds. The Catalans went into half-time trailing by a goal to nil. The goal came from a Marc-André Ter Stegen mistake, but it was not the only issue they would face.

Around the 60th minute, Gérard Piqué suffered a potentially season-ending injury. The Catalan defender landed awkwardly on his foot and he faces a knee injury. At 33, this could be a devastating injury for the Catalan stalwart. It is a truly devastating sight for every Culé on Earth, as the defender is a club legend, and Barcelona needs him the most this season.

📸 — That doesn’t look good at all for Gerard Piqué. pic.twitter.com/ueAbDt5Z4U

According to reports from Sport, Piqué could be out for 4 to 6 months. If Piqué’s injury is indeed so serious, it also means Barça will have to cope with only one fit-out and out centre-back in Clément Lenglet. Ronald Koeman will have to innovate as Sergio Busquets and Ansu Fati are also out. In his absence, Frenkie de Jong might fill in until Ronald Araujo comes back. Losing Piqué is a nightmare no one would have liked to witness.