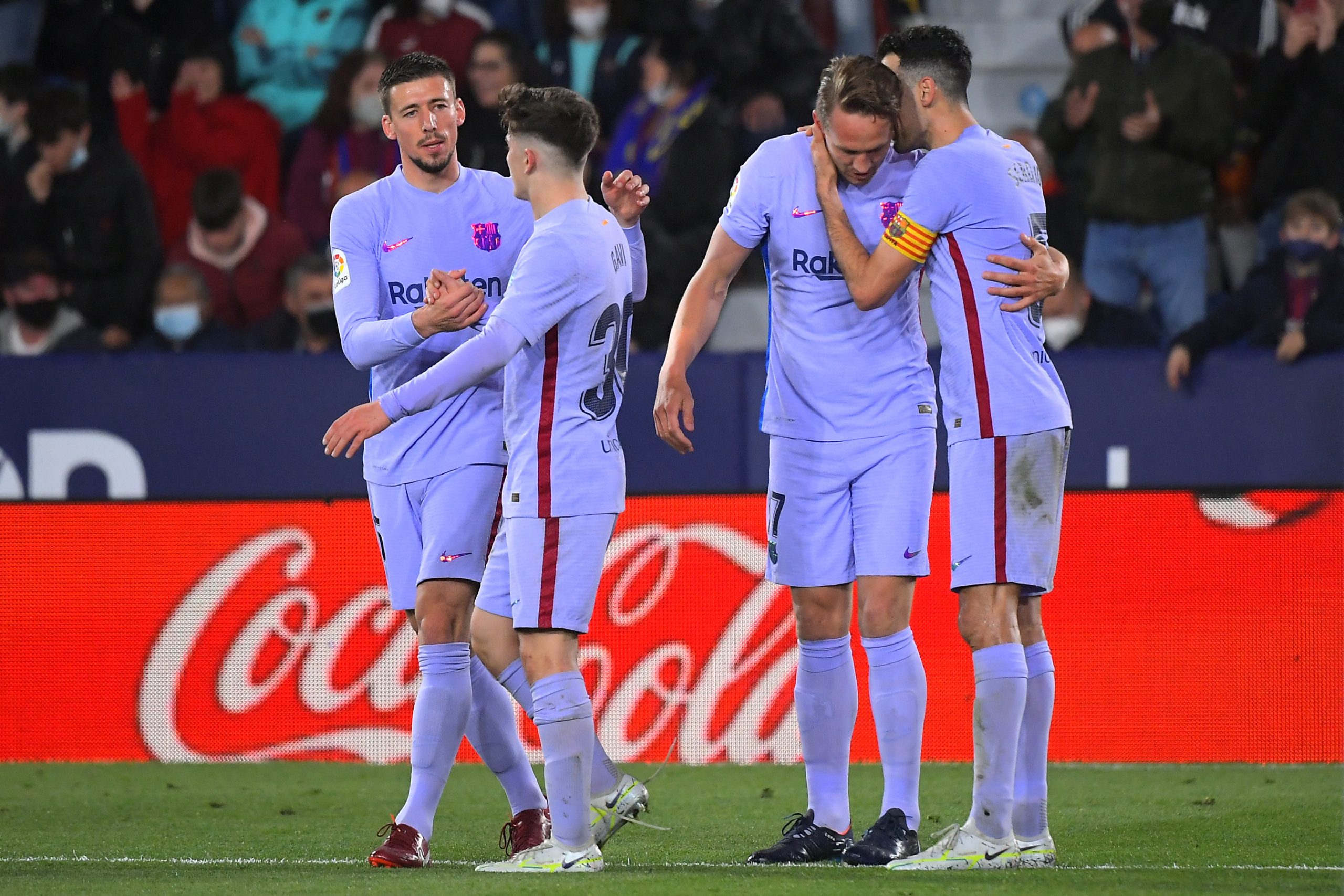 Barcelona came from behind to beat Levante 2-3 away from home for the first time since the 2018/19 season this weekend.

Tomorrow night, the Catalans will host Eintracht Frankfurt to join Real Madrid and Villarreal as the clubs representing Spain for the remainder of the Europa and Champions Leagues.

Given the quality of the team, this should prove an easy task for Xavi Hernandez, however, the first leg adequately demonstrated that Frankfurt are no pushover.

The German outfit will take pride in the fact that they eliminated Real Betis, and the Andalusians having overcome Barcelona in the Camp Nou will be extra motivation.

Owing to the result in the first leg, making a first-team selection should be easy for Xavi. The Spaniard suffered first-hand against Frankfurt, and he has the luxury of starting his gala eleven since Barça will be playing Cadiz on Monday night.

Join Barça Universal as we take a shot at predicting tomorrow’s line-up in this article.

Barcelona have experienced the benefits of having the presence of Frenkie de Jong in the team. The Dutchman livened things up once he came on in the first leg, and even got an assist there as well.

He should come in the place of Pablo Gavi, who played as a starter in the reverse, in addition to having a cameo appearance at the weekend.

He ideally should be played alongside Pedri Gonzalez, who has had an exceptional season so far in the garnet and blue of Barça, as well as Sergio Busquets, who has wondrously taken up the role of leader in the team.

Having been benched in the reverse leg, Ousmane Dembele should definitely be a starter in this fixture. The Frenchman got his tenth league assist this season, to a certain Pierre-Emerick Aubameyang, who should join him in the front three.

The final piece in the attacking puzzle will be that of Ferran Torres. The Spaniard has had a phenomenal campaign for the garnet and blue this far, and should replicate his mesmeric form in this home game against Frankfurt.

Gerard Pique is still injured even though he has been included in the squad list, while Dani Alves is unavailable for the match as well given he has not been registered.

The Spaniard will be supplanted by Eric Garcia in defence. Ever since returning from injury the Barça number 24 has delivered consistently solid performances, and he should be joined by Barcelona’s best remaining defender, Ronald Araujo.

Sergino Dest meanwhile will be expected to complement Dembele on the right flank, while Jordi Alba should continue his run of assists on the opposite side. Marc-Andre ter Stegen completes the selection, following his mammoth performance against Levante.

Given Xavi’s openness to change up his starting eleven during matches, the same can be anticipated from his part tomorrow night. This can happen both in the case of Barcelona comfortably winning by four, or losing by one.

The first player that comes to mind is Luuk de Jong. The Dutchman has been incredible as a substitute, with three of his seven goals for the Blaugrana coming after the 90th minute.

Should there be changes in the wings, Xavi Hernandez should bring on Adama Traore, whose blistering pace can catch any rival off guard. Memphis Depay brings a host of creativity as well, and could be among the subs.

A menace in midfield, Pablo Gavi ought to be given the green light as a substitute tomorrow. Furthermore, Nico Gonzalez has proven to be capable of making quite the impact coming on as a substitute and should be given a chance if the game asks for him.

Should anything go awry in defence, in the case of an injury perhaps, the garnet and blue should be able to rely on one of Clement Lenglet or Oscar Mingueza, but only in a worst-case scenario.