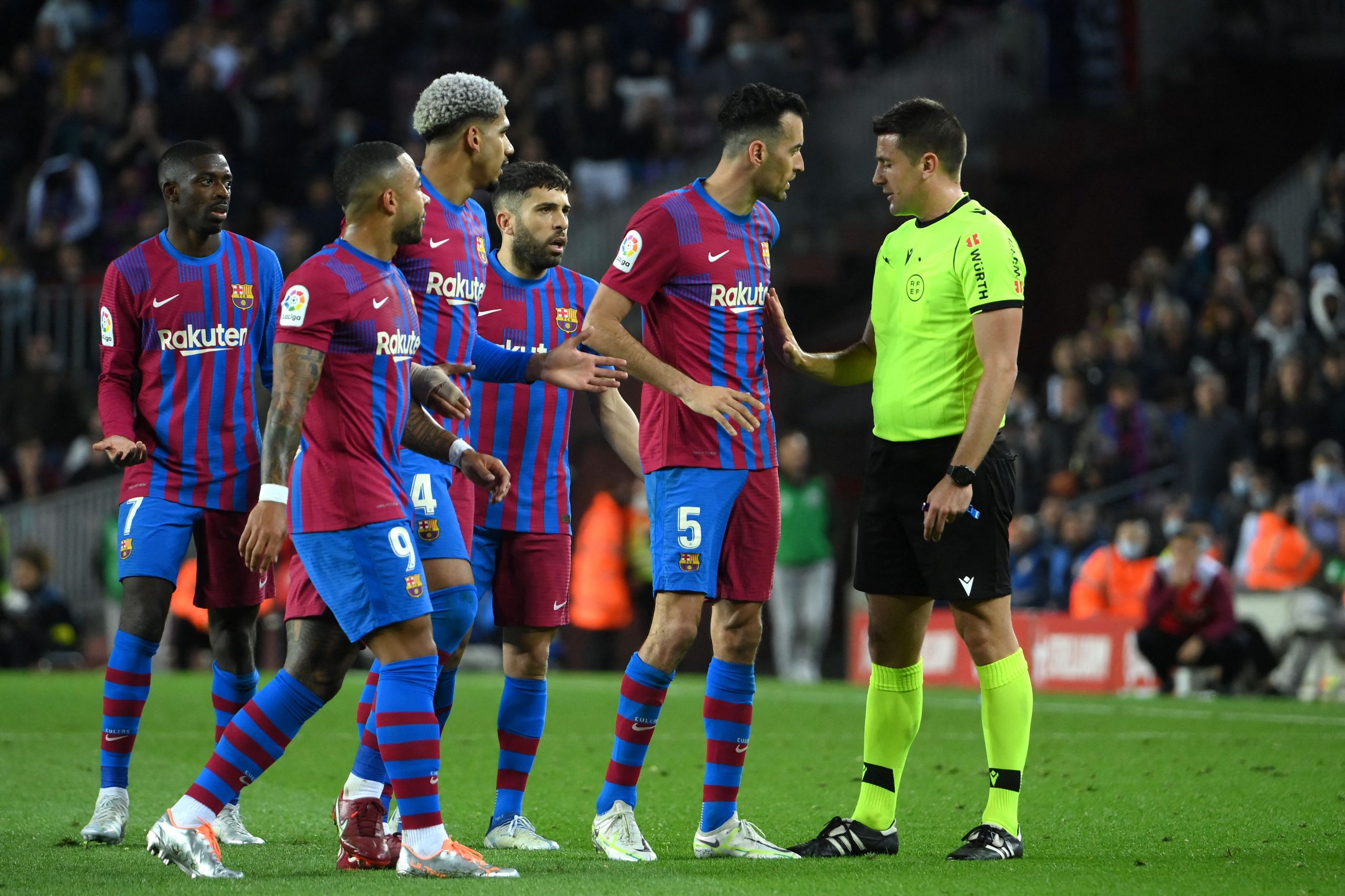 It has been little over a week since Barcelona last played their last game in the Spanish top-flight. The match ended in a shocking 1-0 loss at home to Rayo Vallecano.

Given the state of the league, with Real Madrid needing just one more point to wrap up the title, the garnet and blue can no longer dream over 27th championship.

Against Mallorca, the easiest thing to do would be to consider the away side as the underdogs, however, they should not be underestimated.

The Island have beaten Atletico Madrid both home and away this season, and as they have displayed against the bigger sides, they are one tough nut to crack.

Barcelona head into this game in some quite disparaging form. The garnet and blue could have been six points ahead of their counterparts in Sevilla, however, two consecutive league losses at home have meant that the advantage they so richly had has been reduced to ashes.

Mallorca are looking to avoid the prospect of relegation this season. As such, they will probably come out guns blazing in the Camp Nou against a Barça side void of confidence.

Players are not at full fitness heading into the game against Mallorca. In light of this, Barça Universal as we explore how the Catalans could line up against Los Piratas.

Ronald Araujo is the rock in Barcelona’s defence and as such Xavi Hernandez cannot risk missing his presence in the team. Ideally, he should be partnered with Gerard Pique who is returning from injury this week.

The pair of centre-backs will be defending Marc-Andre Ter Stegen in goal. The German has seen a significant upturn in form since the arrival of Xavi, and will be expected to make some crucial saves when called upon tomorrow night.

In the left-back spot, it is almost certain that Jordi Alba will start for the Catalans. The Spanish international is the best in his craft in Barcelona, and one cannot underestimate the sheer quality he possesses especially in an offensive sense.

On the opposite flank, Dani Alves is expected to start over Sergino Dest. The Brazilian international possesses immense composure, and in matches like these where a win is imperative his experience and knowledge will be crucial to the Catalan Giants.

Xavi has his work cut out for himself in the centre of the park. In the holding midfield role, Sergio Busquets easily starts for the Blaugrana. He is the team’s captain after all, and is in an immensely brilliant run of form.

Partnering him on either side should be Frenkie de Jong and Gavi. The two midfielders have been of immense importance to Barça since Pedri’s injury.

Finally, in the attacking third of the pitch, the same front three should ideally start. In the central striking role, Pierre-Emerick Aubameyang will likely be given the get-go as he is currently Barcelona’s second most productive forward in 2020.

The other two players, these coming in Ousmane Dembele and Ferran Torres, automatically fall into the team’s dynamics because they are indubitably the best in their respective crafts.

Owing to the fact that Gerard Pique might not be at 100% fitness Barcelona should ideally have Eric Garcia in place whenever the team needs him. In the few matches he has played as a substitute, he has been reliable.

Memphis Depay played brilliantly against Rayo despite the defeat and should be expected to come on as a substitute in this match for Aubameyang or Torres.

If Dembele tires out quickly then Adama Traore could be relied upon to bring in some extra vigour into the right-wing, while Riqui Puig could be trusted to do the same in the midfield in the second period.

With Nico injured and out for the season, Puig should get more chances.

Finally, if Xavi demands that the team attack with a higher rate of pace, then he can always entrust the keys to the left-back role to Alejandro Balde in the second half.