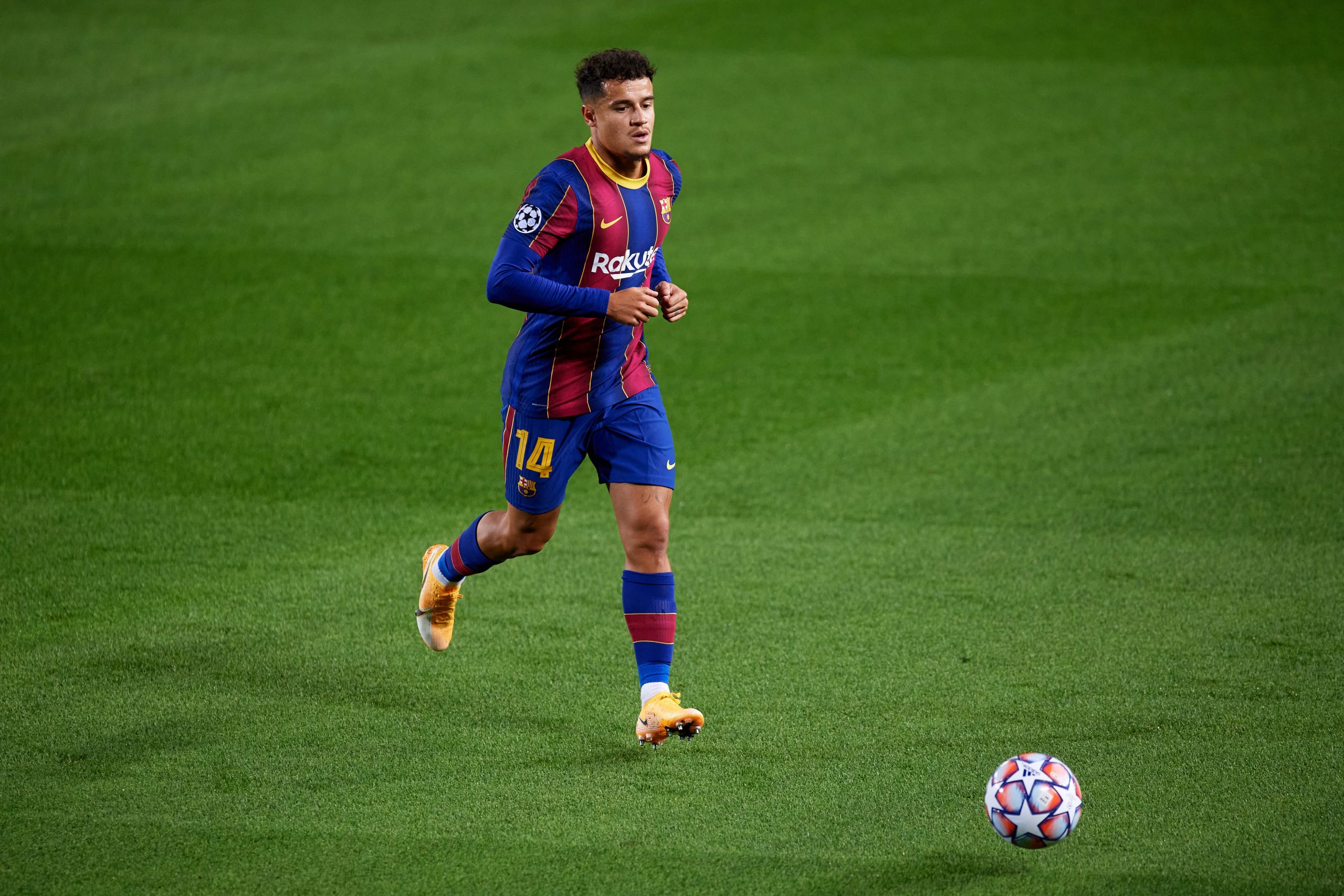 According to a report published by AS, Philippe Coutinho picked up a hamstring injury after the game against Real Madrid and is expected to be out for three weeks in recovery.

Coutinho played the entire 90 minutes in the El Clasico, starting on the left-wing initially, but being pegged to central midfield in an interesting turn of events as Barcelona chased the game for the last half-an-hour.

Before this game, the Brazilian had featured in all of Barcelona’s five La Liga games this season, scoring one goal and registering two assists. He also played 70 minutes in the UEFA Champions League against Ferencvaros, scoring Blaugrana’s third of the game.

Now, however, Coutinho is expected to return no earlier than the end of the next international break, which ends with a game against Atletico Madrid on the 22nd of November. This means that he is likely out for the game against Juventus, which is already lacking the glimmer of Cristiano Ronaldo, who is recovering from Coronavirus.

The 28-year-old has been in spectacular form this season, but his absence should not be a cause of worry for the Garnet and the Blue, who have enough firepower in their ranks to cover for Coutinho. Lionel Messi, Antoine Griezmann, and Pedri are all more than capable of starting and performing in that attacking midfield role that Coutinho has made his own this season.