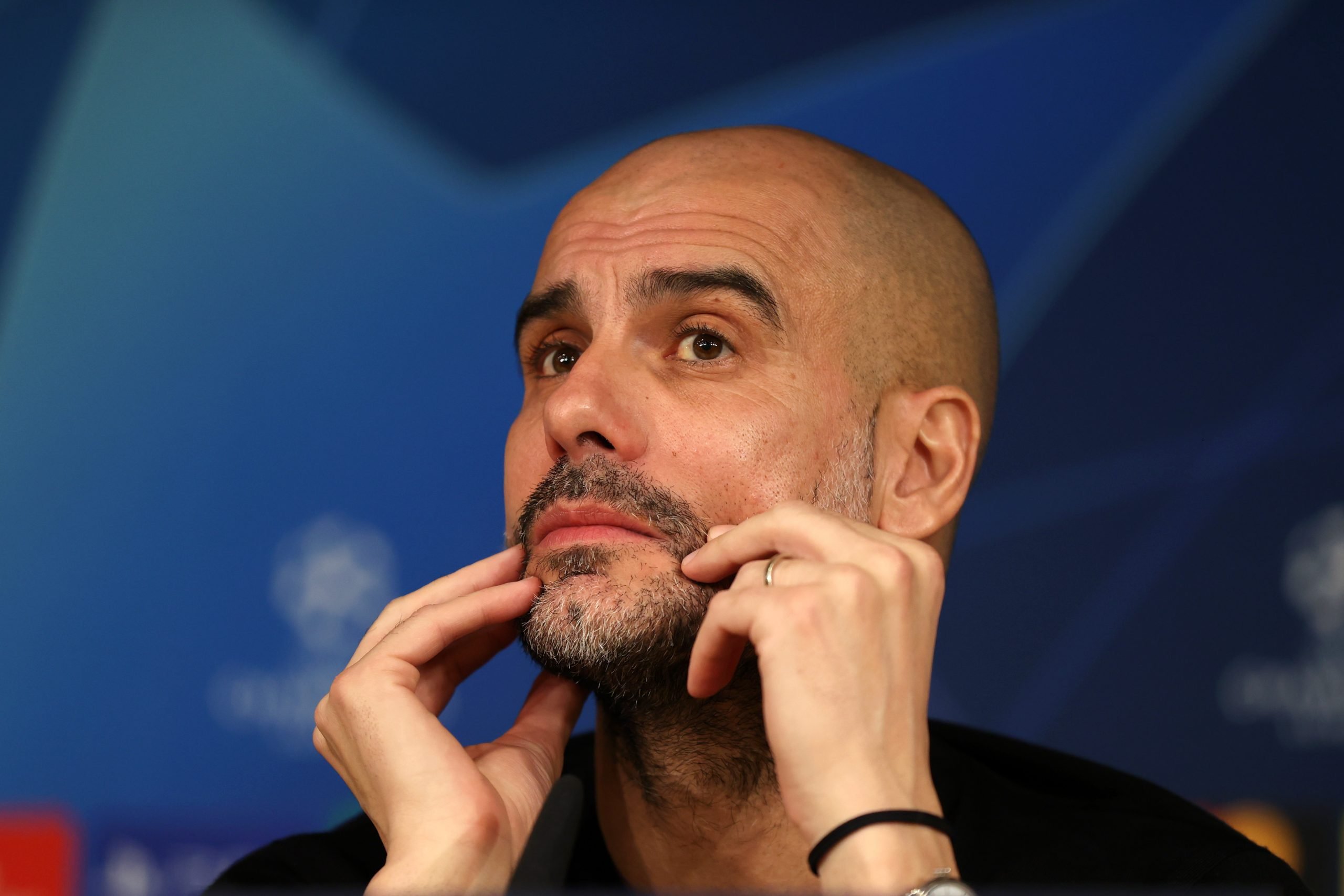 Victor Font spoke yesterday about his plan of reuniting club legends in Barcelona. He eluded to a possible return of Pep Guardiola to Camp Nou amongst others. Today, the former Barcelona and Bayern Munich coach responded to Font.

Pep answered the press by stating that he’s happy in Manchester. He also intends to reach his goal at the Etihad stadium to extend his contract. With his deal up at the end of the year, speculation around Guardiola’s future will mount now more than ever. Moreover, his former president and friend Joan Laporta is in the run for the presidency so that it might tempt him.

“I’m delighted to be in Manchester. Hopefully, I can do a job this season and stay longer.”

Having Pep back to the Camp Nou would be a dream for every Barcelona fan, but these declarations might hint at a contract extension. However, Guardiola could still get rejected by City if he doesn’t meet expectations in the Champions League once again. It’s also worth noting that getting Guardioola back would instantly change Lionel Messi’s situation. The Argentine might be inclined to renew his deal if his club gets their best-ever coach back.