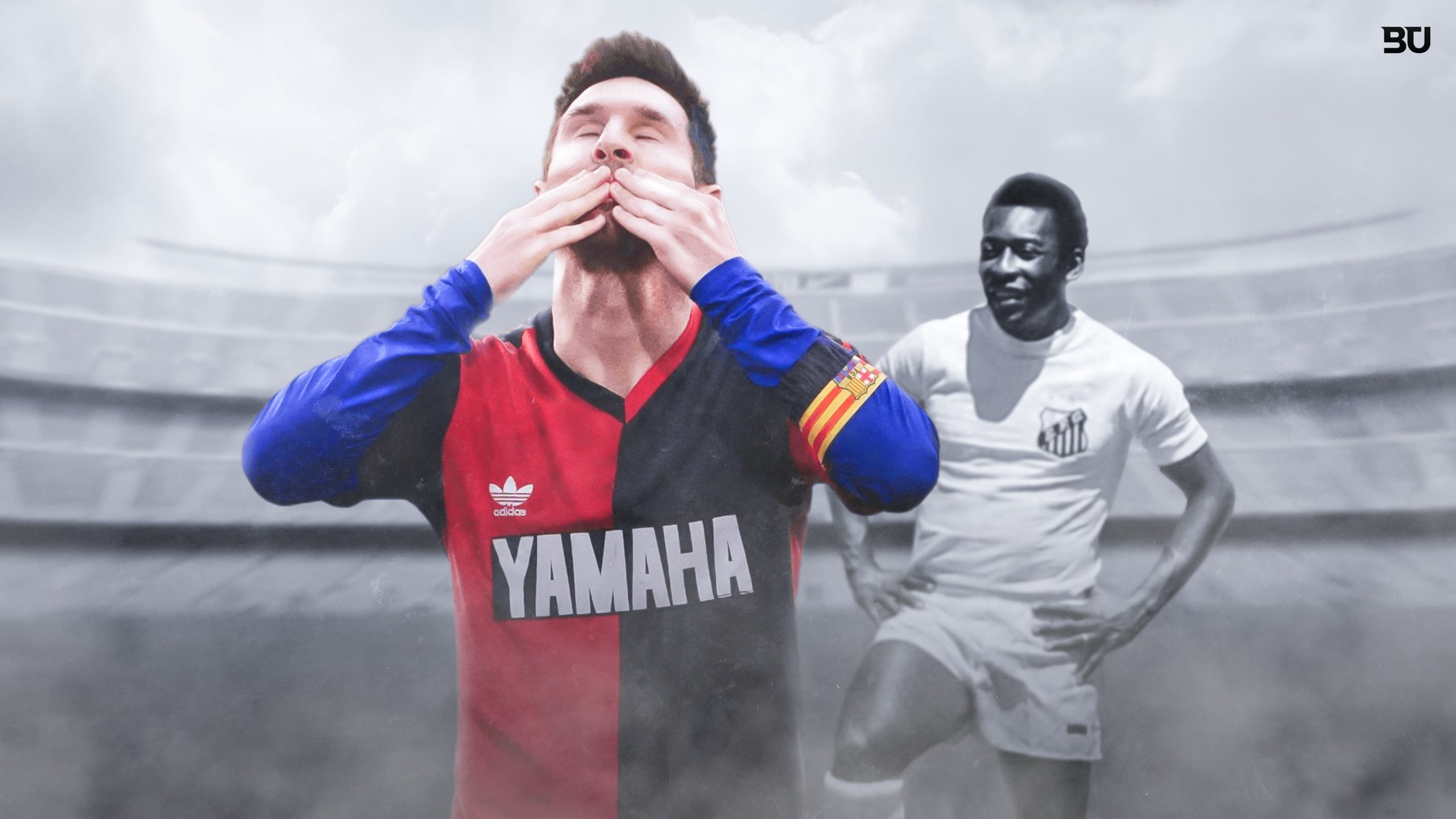 It wasn’t the most beautiful goal, but it was a historic one. After having missed a penalty only seconds earlier, Lionel Messi headed the ball over the line to level the score against Valencia. What made this goal special is not so much its role in the largely forgettable 2-2 draw that ensued, but the fact that it was Messi’s 643rd goal for FC Barcelona, the same number of goals Pelé scored for the club of his life, Santos FC.

For exactly four days they occupied the joint first place in the all-time ranking of players with most goals scored for a single professional football club. Four days only because, to absolutely no one’s surprise, it took Messi only one further match to pull one goal ahead.

His 644th goal, which came against Real Valladolid, was a bit worthier of historical significance, too: a coolly taken shot into the bottom right corner after some neat link-up play with Frenkie de Jong and young Pedri. If nothing unforeseen happens, Messi will add at least a dozen more before the season ends, thereby putting some distance between him and Pelé. Still, the matched, and now beaten record presents an admirable opportunity to contemplate the two legends and their respective careers.

Messi’s career, dating back to when he was a teenager in the late 2000s, has been set in relation to two other players: Cristiano Ronaldo, obviously, and, as a historical point of comparison, Diego Maradona. There are genuine reasons for choosing these two players.

Ronaldo has often been the second best player in the world during Messi’s reign and even had a shout at being no. 1 on some occasions. And even if Messi wasn’t Argentinian, the Getafe goal alone would justify comparisons to Maradona’s genius. But if we study their whole careers, and if we look at the overall player profile, it can be argued that Pelé is actually the more appropriate point of comparison. In some important regards he is much closer to being a second Messi than Maradona ever was and Cristiano Ronaldo ever will be.

Let’s start with the overall shape of their career. In a recent obituary of Diego Maradona, Jonathan Wilson of Guardian wrote that Maradona “was great for perhaps four seasons”. A bit harsh, but it does raise a point: Maradona did not produce a solid decade or more of top performances. There were significant ups and downs. Pelé, Messi, and Ronaldo are several notches higher than the 1986 World Cup winner when it comes to consistency.

Maradona was also much less of a goal threat. We should keep in mind that 80s Serie A was low-scoring and expanded to 18 teams only in ‘88-’89, but even if we do not forget any of these facts, Maradona’s performance as a goalscorer is a far cry compared to his compatriot.

In short, we can say that is not part of the exclusive club of players who averaged a bizarre goals-to-game ratio of nearly 1 for a longer period of time while playing in a highly competitive context. Let us call this group of players as part of Club 1. In the post-war era, only a handful of players gained access to this club: Ferenc Puskas, Gerd Müller, Cristiano Ronaldo, and, of course, Pelé and Messi.

The thing about Cristiano Ronaldo, however, is that while he basically matches Messi as a goal threat, he lacks behind quite considerably in other regards. He may be nearly as good as a finisher but hardly rocks the boat as a creator. Yes, his assists statistics are impressive, but everyone who has actually followed his career knows that he is not much of a playmaking presence. The No. 7 is a No. 9 but not a No. 10, and certainly not a No. 8. Something similar applies to the other members of Club 1.

Not of all them, though. There is a second goal machine around who was much more than just a centre forward. And by context, it is easy to guess that the man in question is none other than Pele himself. He, too, was a creative presence of the highest order, while outscoring everyone at the same time.

Football history has known two free-scoring, free-assisting, free-creating, relentless performance machines. Their names are Pelé and Messi. Their light shone as bright as we have ever seen and it shone basically forever. Both Pelé and Messi turmoiled an entire decade each under the sun and were the closest things to each other.

The late 50s and early-to-mid 60s Pelé, in particular, is a player that, while obviously being very different from the players of today (his heyday was 60 years ago, football has changed), can for his own time claim to have ascended to the same kind of heights as Messi. That is not to say that they one cannot discuss who was better, Messi or Pelé. But what always feels a bit contrived when said about Messi versus his contemporary rival, that we should just enjoy them both, feels more appropriate when it comes to watching the GOAT and O Rei. They are the two best players of all time. Enjoy them both.