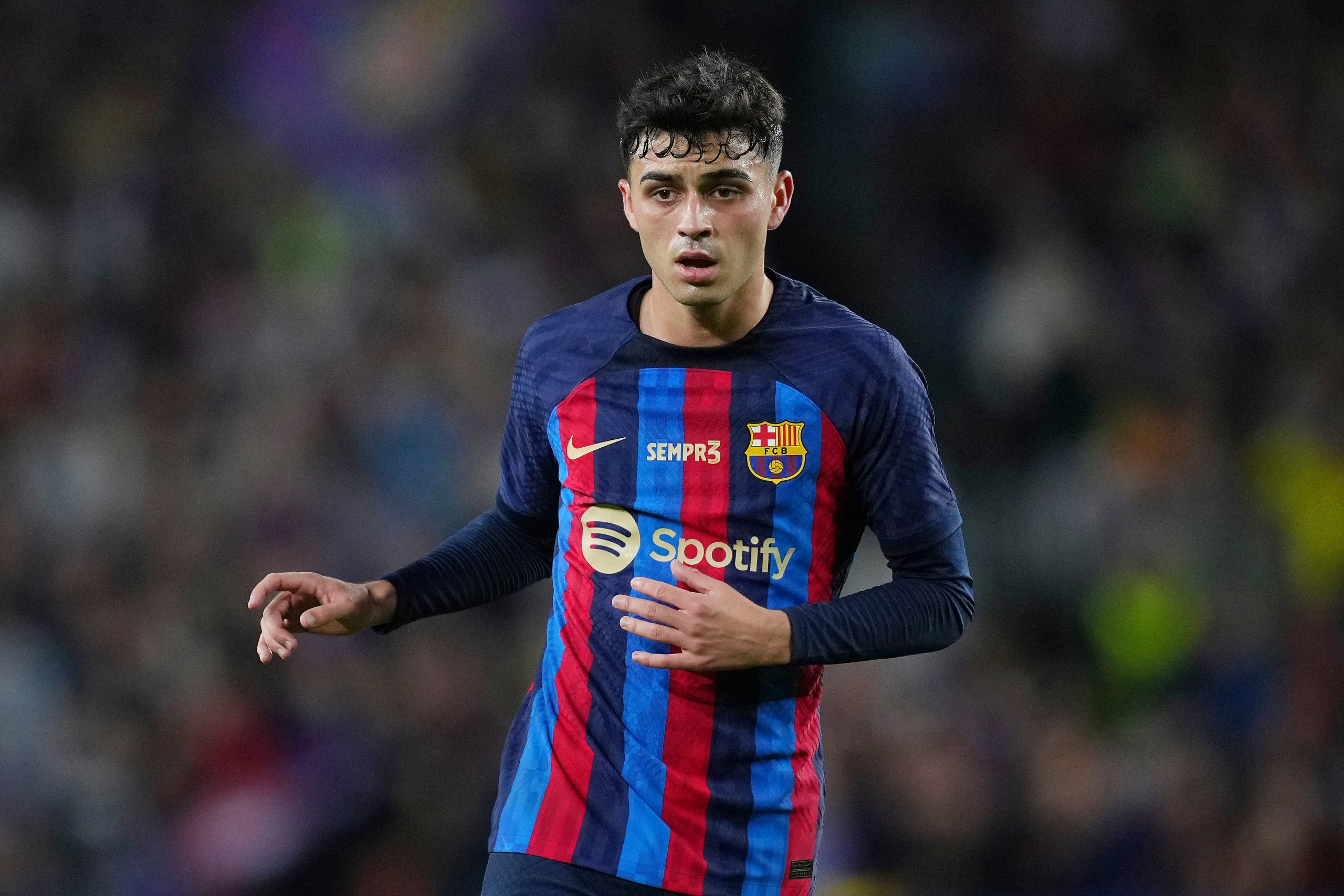 Barcelona midfield prodigy Pedri celebrates his 20th birthday today. The former Las Palmas wonderkid has enjoyed a rapid growth in stature over the past couple of years, firmly establishing himself as one of the best young midfielders in the game.

Pedri’s quality was visible for everyone in Spain’s FIFA World Cup 2022 opener against Costa Rica earlier this week. The Barcelona ace shone brightly for the duration he was on the pitch and spoke about the imposing 7-0 win in an interview with COPE.

“When you touch the ball 300 times in a match, you enjoy it and if you score the goals you have, even more,” Pedri said about Spain’s victory. “In the first five minutes, I knew we were playing a great game and that we were going to win.”

A key player for both Barcelona and Spain, the 20-year-old prodigy highlighted the differences in the style and the role he has to play at the club and international levels, saying:

“We have a different nuance, at Barça we stay more between the lines, where we can score more goals and assists, but here we play a lot more with the ball.”

Pedri was making his World Cup debut against Costa Rica and given the stage, nerves are common for a young player. But, the Barcelona ace insisted that he felt fine and added that his captain Sergio Busquets helped him in that regard.

“No, I thought I would be more. Busquets told me and Gavi to be calm, he gave us a mini-talk the day before when we went out to warm up, to be calm, not to look at everything that is going on before the game,” he said.

“Those words from the captain reassure you. He was very calm, you could see on the pitch that we were enjoying ourselves.”

The chat then moved to Pedri’s fellow midfield partner Gavi, who in a recent interview hailed the 20-year-old and spoke about the strong bond they have. Talking about the Golden Boy 2022 Award winner, Pedri claimed that Gavi was a bit of a troublemaker, saying:

“He’s a troublemaker, like in the countryside. I always tell him where he’s going but he always goes all out and has fun. I don’t get into fights, I’m calmer and I prefer to have the ball.”

“Every now and then I talk or make a joke in the middle of the game, like with Gavi, who I told when he was substituted that he had hit it with the malleolus in the goal. He is a magnificent player and it is a privilege to be able to enjoy him,” Pedri added.

Further shedding light on their bond, the Spaniard said: “And off the field we are almost always together, he is a very effusive person and I try to calm him down a bit.”

Pedri is currently the main star and the face of the Spanish national team setup despite his young age. When asked how he deals with the spotlight and the pressure that comes along with it, the Barcelona ace replied:

“Very well, very calm. I don’t pay attention to the posters, I try to play football, which is what I like. My brother is always giving me a lot of advice to improve a lot of things or reminding me of what I did wrong; that helps me to keep improving. Yesterday there were two passes that I missed.”

Talking about Spain manager Luis Enrique, Pedri insisted that the 52-year-old is a top coach, saying: “He is a spectacular coach, he knows very well what he has to do and he transmits it to us in a way that we believe it, because of the way he says it, you have to believe it yes or yes because you see what happens in the match and you keep doing it.”

“He is serious in a press conference but he has his side of laughter,” Pedri added.

The youngster also gave his opinion on Enrique’s Twitch stream that he started recently, saying: “I’m a fan of ‘Luis Padrique’. “I watch the streamings and I have a great time, he is a very spontaneous guy and I like to watch him.

“I’m going to keep watching him. He’s going to say what he wants to say. I find it funny that they call him ‘Luis Padrique’. It’s a lot of fun to watch him.”

One of the biggest upsets of the World Cup came earlier this week when Lionel Messi’s Argentina side was handed a shock defeat by Saudi Arabia. Pedri was asked about the result and whether he spoke to Messi after the match, to which he replied:

“I have not been able to, it will be a difficult moment after the defeat but Argentina has a very good team and they will go through and do a great job.”

On whether he feels like a bigger star for Barcelona or Spain, Pedri said: “I don’t feel like a star either here or at Barça. At Barça there are many players with much more weight than me and in the national team it’s all of them together, which is what makes the team good.”

Pedri was then asked about the future of Real Madrid winger Marco Asensio. The 26-year-old is out of contract at the end of the season and has been linked with a move to Barcelona in the recent past.

Pedri, who dons the No. 8 kit for Barcelona, wears No. 26 when with the national team. Talking about it, the midfielder insisted that the number of the back of the shirt was not important but how he plays is what matters.

“I’m not the star but it’s an ordinary number, it’s not important the number but how you play,” the 20-year-old said.

On what he wishes for his 20th birthday, Pedri said: “To win the World Cup.”