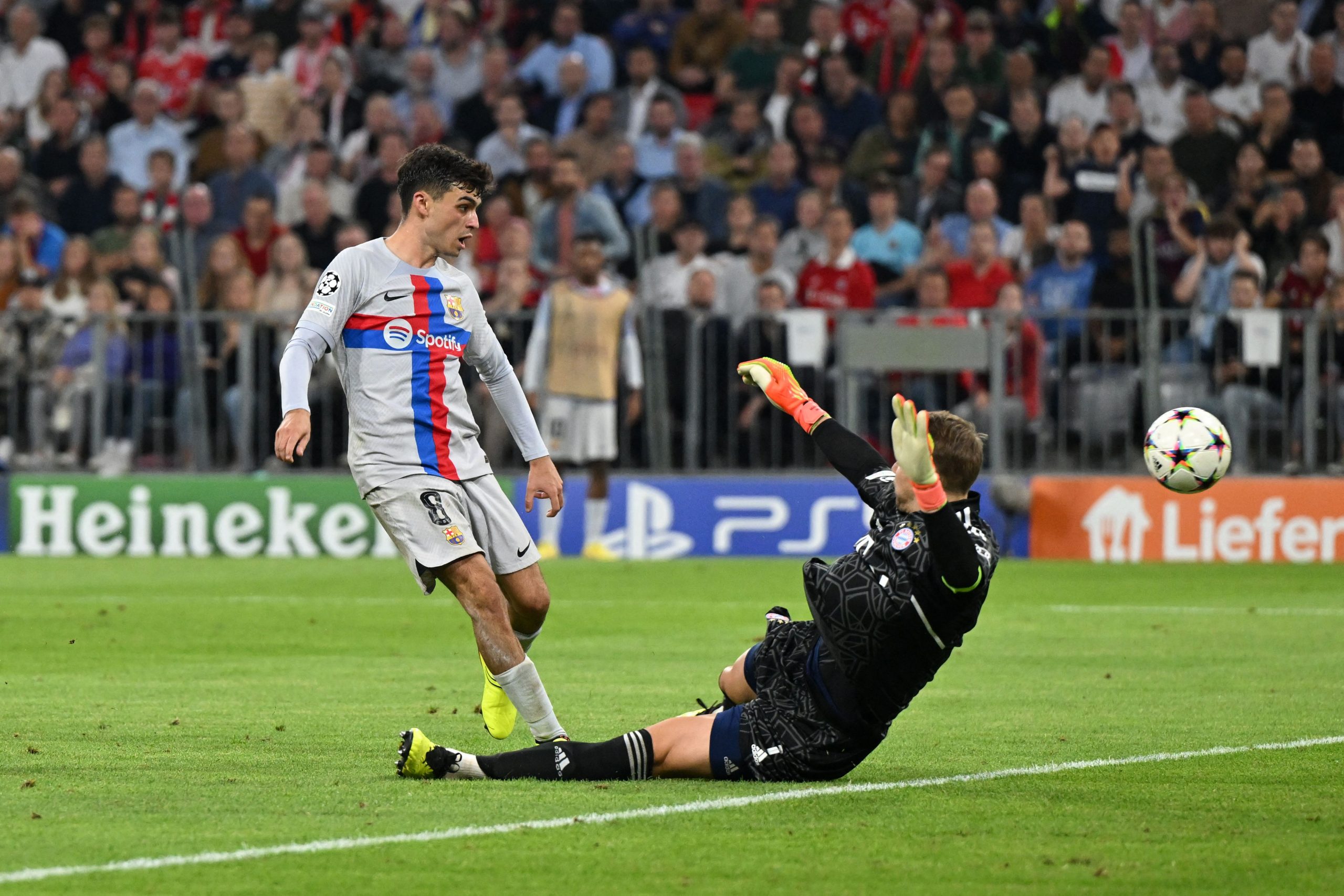 Barcelona’s poor run against Bayern Munich continued as they fell to a 2-0 defeat away from home at the Allianz Arena on Wednesday night.

The Blaugrana were the better team in the first half and should have gone ahead but Robert Lewandowski missed three clear-cut chances while Manuel Neuer produced a couple of saves.

The missed chances came back to haunt Xavi’s side as Bayern broke the deadlock early in the second half through Lucas Hernandez. Minutes later, Leroy Sane made it 2-0 for the home team, punishing Barcelona’s lapse.

The Catalans pushed and probed in search of a way back into the game but it was not to be as they fell to a fifth defeat in a row to the German champions.

And speaking after the match, Pedri, who was a standout performer for Barça, lamented over the missed chances as well as their defensive mistakes, saying:

“A tricky match, in the first half we had many chances to score, but when you don’t take advantage of that you end up paying for it.”

“These are our mistakes, they score a goal from a corner kick and that cannot happen. We know that they are dangerous there. We competed a lot and we could have won the game, I think we have to continue like this.”

The teenage midfield prodigy also commented on the penalty claim involving Ousmane Dembele in the first half which was not given by the referee, saying:

“I haven’t seen the foul on Dembele, but if the referee and the VAR consider that there was nothing, I suppose that was the case.”

Pedri had two great chances but saw one of his efforts saved by Manuel Neuer while the other hit the outside of the post. Commenting on those moments, he said: “I know I had two clear chances to score. I should have scored them, and I will need to improve.”