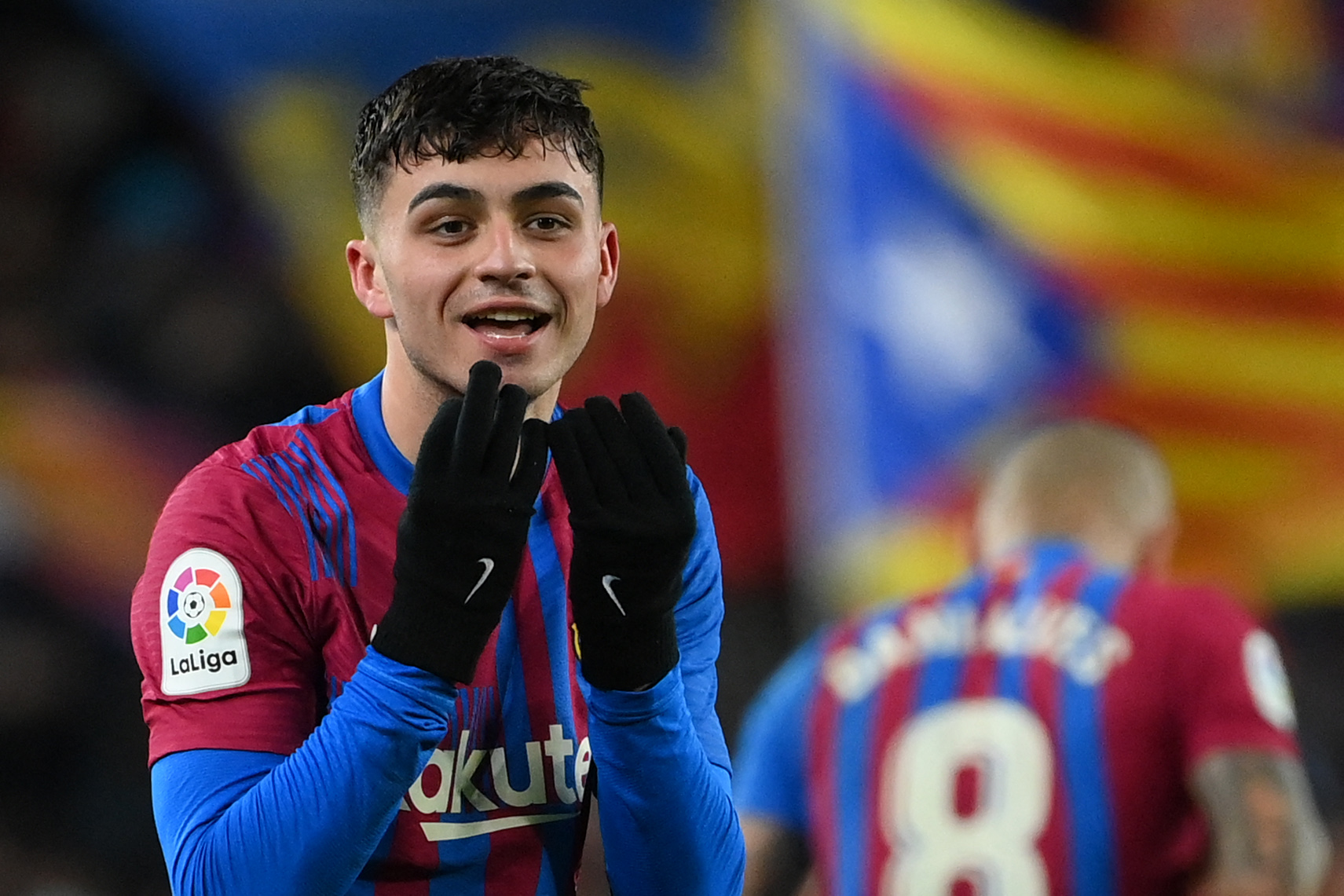 As reported by Mundo Deportivo, Barcelona midfield sensation Pedri will likely don the No. 8 jersey from next season, following the confirmation of Dani Alves’ departure from the club.

Alves confirmed in an emotional post on social media that he will be leaving Barcelona later this month when his contract expires.

There had been talks about a short-term contract extension for the 39-year-old until the end of the year, but Barça decided against such an option and informed the veteran right-back that they will not offer him a new deal.

Soon after that, the club legend confirmed his exit, thus bringing an end to his second stint at Camp Nou just seven months after returning as a free agent.

Upon his return, Alves had been handed the No. 8 jersey, which had been vacant following Miralem Pjanic’s loan move to Besiktas. With the number now set to become available, the next recipient of the legendary No. 8 kit is likely to be Pedri.

The 19-year-old wonderkid has worn the No. 16 shirt since his arrival from Las Palmas in 2020. However, he has made it no secret that he desires to don the #8 kit, having revealed it as his favourite, while also hinting at it by the name of his website ‘www.pedrigonzalez8.es’.

Pedri idolises Barcelona legend Andres Iniesta who donned the No. 8 kit and wishes to follow in his footsteps. When Pedri arrived at Camp Nou, the #8 was worn by Arthur Melo before Pjanic received it not long after, leaving the youngster with #16.

But with Alves’ departure, it is now set to become a possibility. Even if the veteran star had stayed, he had insisted he would be happy to leave the No. 8 kit for the young midfielder.

Despite having spent a majority of the campaign injured, Pedri made a huge impact when fit and available and was named the club’s MVP of the season. He will be raring to go in the upcoming campaign and live up to the history and the reputation of the No. 8 kit.