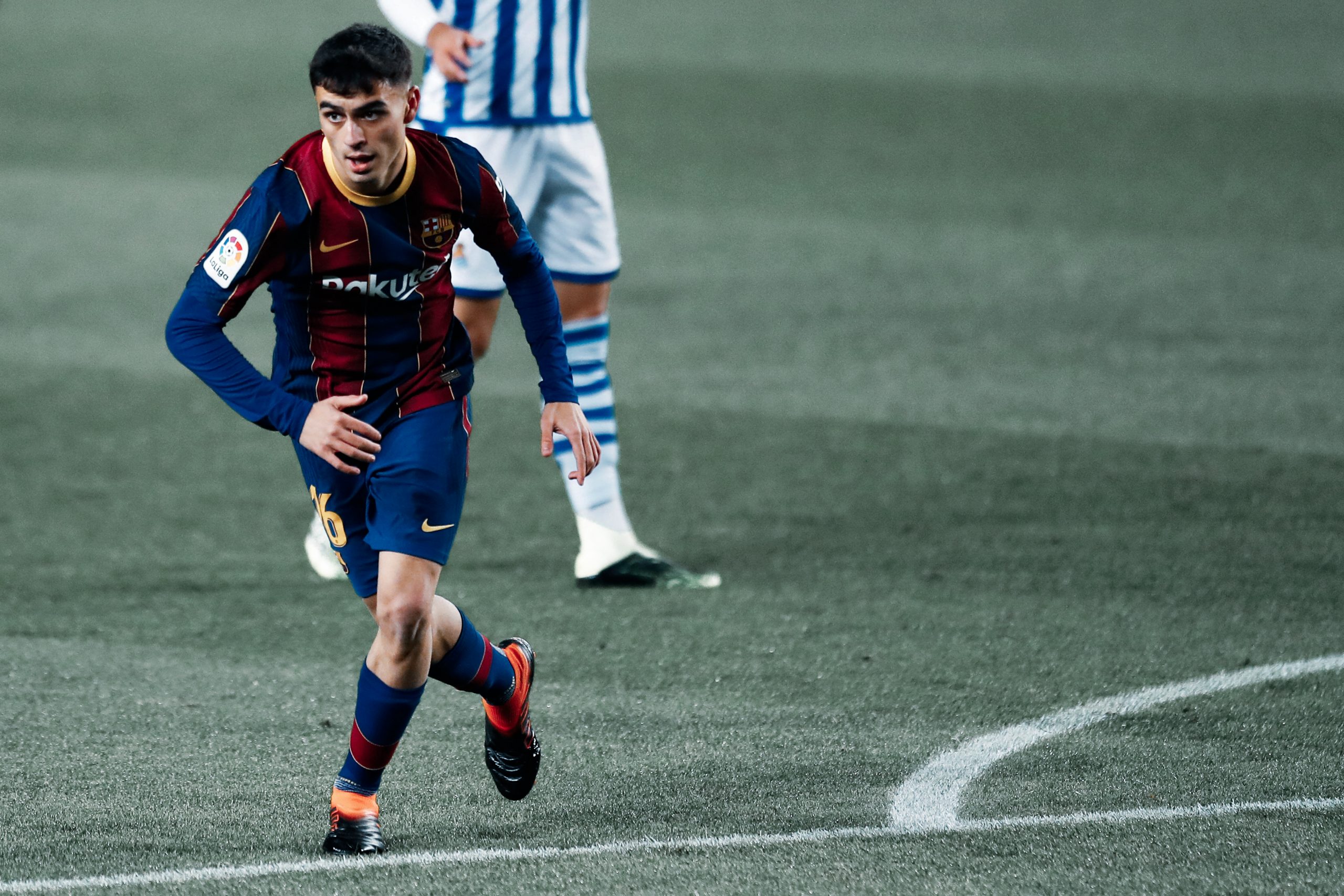 Andres Iniesta and Xavi Hernández left behind them an indelible imprint in Barcelona’s history. For the better part of a decade, the iconic duo tore Europe to shreds, winning everything at their disposal, but more than winning, they did so with quality at every step.

Perhaps the biggest caveat to this is that eventually, they would have to bid farewell to the club. Their long-standing service to Barça could seemingly never be replicated, as talents of their pedigree are few and far between. Some hope was reignited with the arrival of Arthur Melo, however, marred with indiscipline and inconsistency, the Brazilian’s career in the Garnet and Blue of Barcelona was rather short-lived.

Now, two years following Iniesta’s egress from Cataluña, Fútbol Club Barcelona seem to have found the man to take them into the next decade. That man is none other than the teenage sensation, Pedro González López, or as he is more colloquially known, Pedri.

The 18-year-old has taken La Liga by storm, earning the admiration of both his manager in Ronald Koeman and his captain and mentor, Lionel Messi. His arrival to the club, coupled with his age and immaculate performances thus far seem to have spelt the genesis of Barcelona’s path back to the helm of European football.

Pedri, a man of precocious dexterity

For a man who all too recently became an adult, Pedri Gonzales shows the level of maturity and composure in his gameplay that would otherwise have been associated with a footballer approaching their prime. His minuscule frame might be a dead giveaway of his youth, however, contrary to popular opinion, it does nothing to slow him down.

As the great Johan Cruyff described it, football is, after all, a game played with your mind, with feet serving only as guides to help you go the extra mile. Clement Lenglet has admired and acknowledged this facet in his gameplay, saying that while he lacks the build of a top athlete, he, as an individual, thinks a lot faster than others, always remaining one step ahead of his opponents on the mental aspect of the game.

Every pass he makes carries with it a message, and with someone as proactive in his play as Pedri, the signal is always one to keep the ball rolling. He has a pristine comprehension of what the game needs of him, and this has aided him greatly in forming a partnership with Lionel Messi.

Why so? Well, in much similar fashion to the seemingly ostracized Riqui Puig, Pedri, while never having played in Barcelona’s esteemed La Masia, speaks the same footballing language as Messi. As such, even when swarmed with opposition defenders, the second Messi plays a pass to him, he instinctively knows where best to place it. Case in point being his backheel assist to the Argentine in the game against Real Valladolid.

With this sort of understanding, management, exploitation and creation of spaces within the opposition’s half, it comes as no surprise that he has managed to feature in nearly every game this season for the Catalans.

Bar Messi, Pedri is one of the few players within Barça’s squad that plays football as if he were watching the game from above. How else would one explain his exceptional ability to thread passes in between clusters of players, creating positionality superiorities where they initially would never have been? How else would one explain his otherworldly link-up play with overlapping players who nine times out of ten would have been ignored by more pragmatic midfielders?

It’s this remarkable game reading ability and near unmatchable decision making that he never ceases to display which week after week, earning him more admirers, and distances him from his competitors. Not to mention, dedication miles ahead of most names in the squad.

Beyond his exceptional understanding of his teammates, Pedri has also shown an uncanny ability to perform, regardless of the position or the role given to him. They say that the jack of all trades is a master of none; however, unlike Philippe Coutinho, his versatility does not come at the cost of his efficacy. Be it in the left-wing or any of the midfield slots, Pedri is more than tactically adept, and if capable of filling the blanks in the team whenever the need arises.

His dexterity in these areas has meant that Antoine Griezmann and Philippe Coutinho both have to play catch up with him. Neither one of them possesses the sort of understanding that he has of Messi, or, quite frankly, anyone else on the pitch for that matter. They are infamous for taking one touch too many, being overly one-dimensional, and in a system that revolves around Messi, their possessive attitudes create plenty of unnecessary hold-ups in play, killing chances before they can even be created.

Who would have thought that an 18-year-old would perform to levels beyond players ten years his senior, and at 25 times less the cost?

Rarely ever do you see an attacking midfielder do what Pedri does, and in a club like Barça, his sort of profile is heaven-sent. Despite his age and footballing background, Pedri does everything expected of him and more, with no questions asked.

Given the immense success that this relatively inexpensive player has wrought, it begs the question, why does Barcelona spend so much time searching for footballers who by no means fit the bill, spending — or better said wasting — ludicrous amounts of money when players of Pedri’s profile are available for what is essentially peanuts in the present market?

Assuming Pedri continues trekking down the path he has laid forth for himself, the €5 million that Barcelona dished out for him might just turn out to be the steal of the decade.