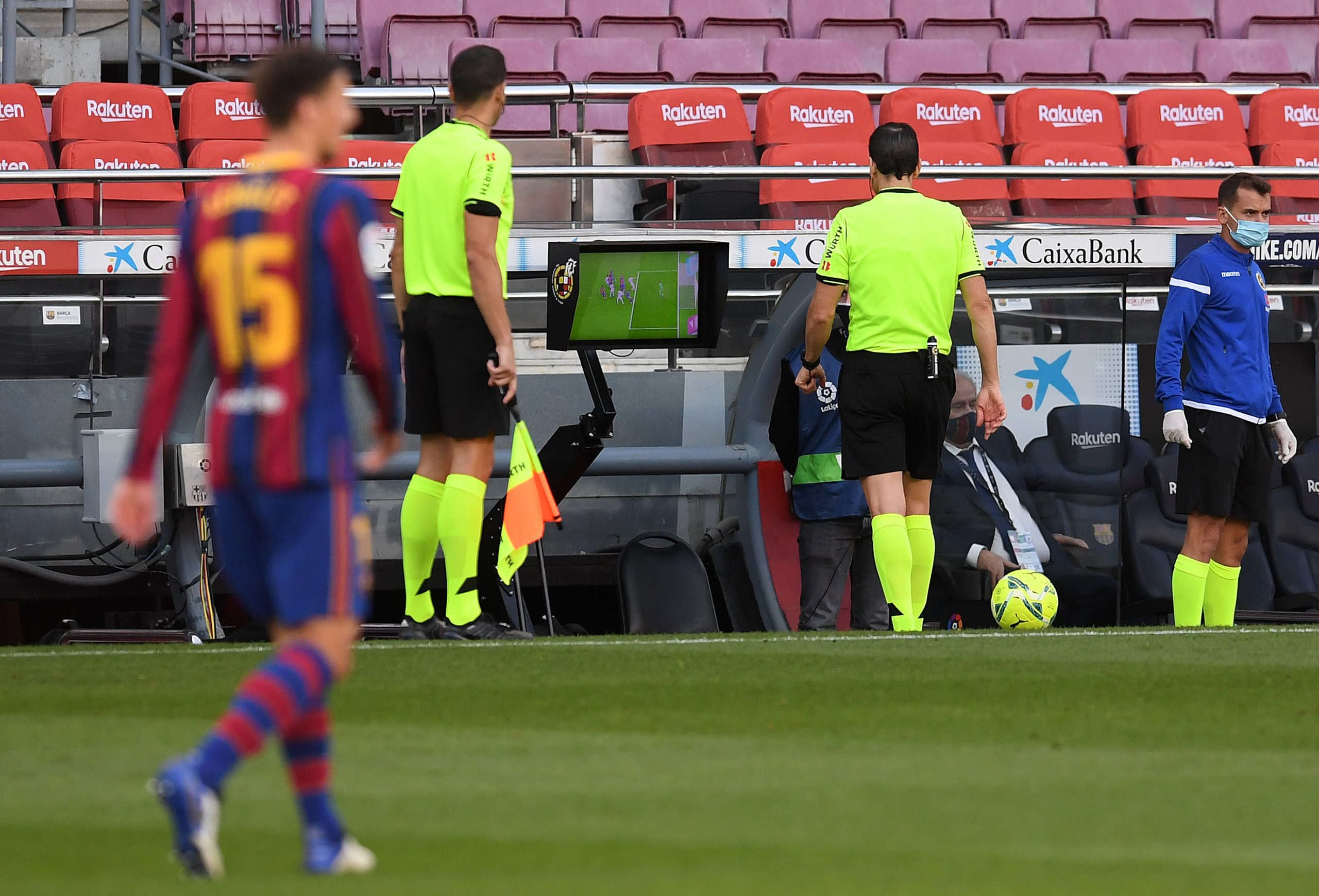 Once again, Barcelona were unable to beat Real Madrid in El Clásico at the Camp Nou, following last year’s goalless draw with a 1-3 defeat on the weekend. And as per usual, controversy reigned in LaLiga as VAR took the spotlight.

That is mostly all the papers are talking about this morning. Mundo Deportivo say the video assistant referee was unjust and damaged Barcelona’s chances in the game.

Not only that but they claim it clearly favours Madrid and is against the Catalans, who have suffered multiple bad decisions since its introduction. They also mention the fact that Philippe Coutinho won’t be available for the clash against Juventus in the Champions League.

SPORT are going even further, saying that the referee, Martínez Munuera, is a proclaimed Madridista.

The residents of Benidorm, where he is from, have reportedly revealed the referee’s sympathies for Los Blancos. This, the paper claims, may have impacted his decision-making in the Clásico.

On top of that, his father seems to be the founder of a Madridista supporters club, which is further proof of where his allegiances lie.