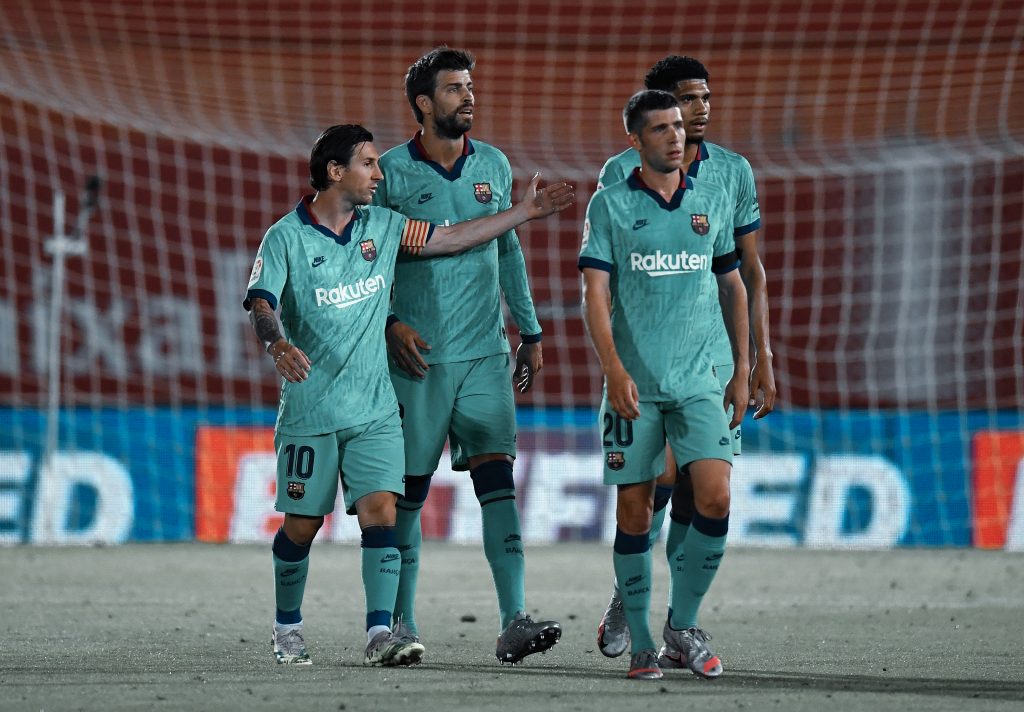 On today’s newspaper covers, both Mundo Deportivo and Sport are celebrating Barcelona’s triumphant return to action in LaLiga with an incredible 4-0 victory over Mallorca.

The wait is finally over and after three months of an enforced break due to the recent dire circumstances, the Catalans returned to the pitches and needless to say, they did not disappoint. Mundo Deportivo went with a cover that celebrated the fact that Barcelona are still very much the leaders after that huge 4-0 victory over their hosts.

They also talk about the fact that the Azulgranas are now five points ahead of Real Madrid, albeit with a game in hand as Los Blancos take the stage today.

Sport have gone with a similar cover, celebrating Barcelona’s triumphant return to action and state that the first of ’11 finals’, referring to the last 11 matchdays that will decide the champion, was a success.

They also dedicated a small section of their cover to Espanyol for their victory over Deportivo Alavés and the preview of Real Madrid’s clash with Eibar that is on the schedule for tonight.

As of right now, Barcelona are leading the charge with five points ahead of their eternal rivals but the race for the LaLiga crown will be long and every single victory counts.