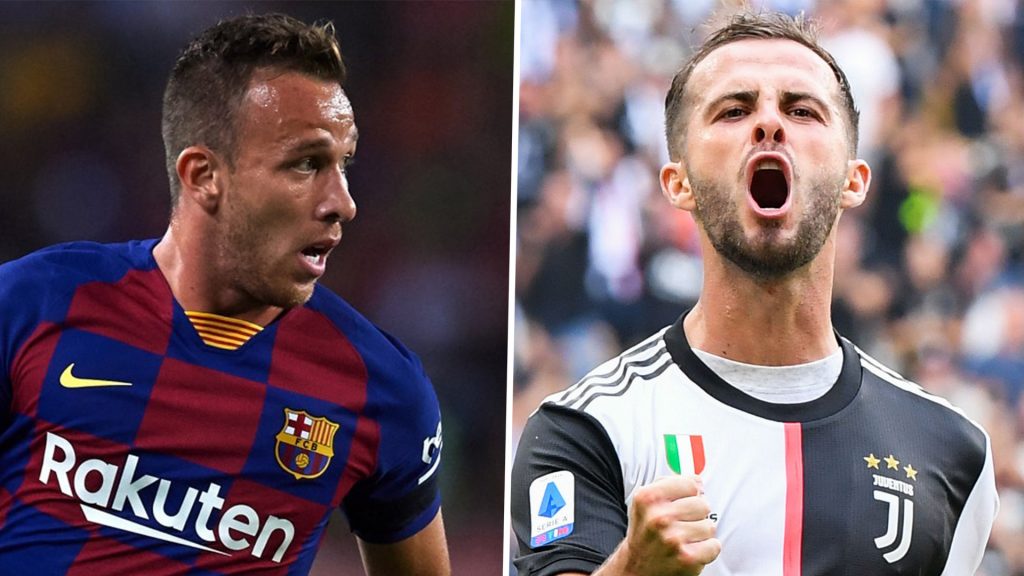 It seemed rather unlikely at first but the papers are now convinced the swap deal with Arthur Melo and Miralem Pjanić is just around the corner and could be completed sooner rather than later.

Both big outlets in Catalonia are focusing on that story and Mundo Deportivo even go on to say that the barter is ‘imminent‘, highlighting that the Brazilian has indeed accepted Juventus’ offer and the deals should be made official in the coming hours.

A small section of their cover were given to Espanyol and their defeat to Real Betis as they struggle to stay afloat in LaLiga and, of course, to Manchester City’s loss at Chelsea which gave Liverpool their inevitable title after 32 years of waiting.

Sport have gone with a rather similar structure as the swap deal with Arthur and Pjanić takes centre stage of the cover and they even call it the ‘Super barter‘.

However, they have also gone in a slightly different approach, saying the Brazilian midfielder is yet to fully accept the Italians’ proposal. The Azulgranas, however, would receive 70 million euros for their player while they would then have to pay around 60 for Pjanić, registering 10 million euros of profit in the process.

But of course, the economical side of things is much more complicated than that and both clubs are seemingly trying to balance their books before the new financial year hits.