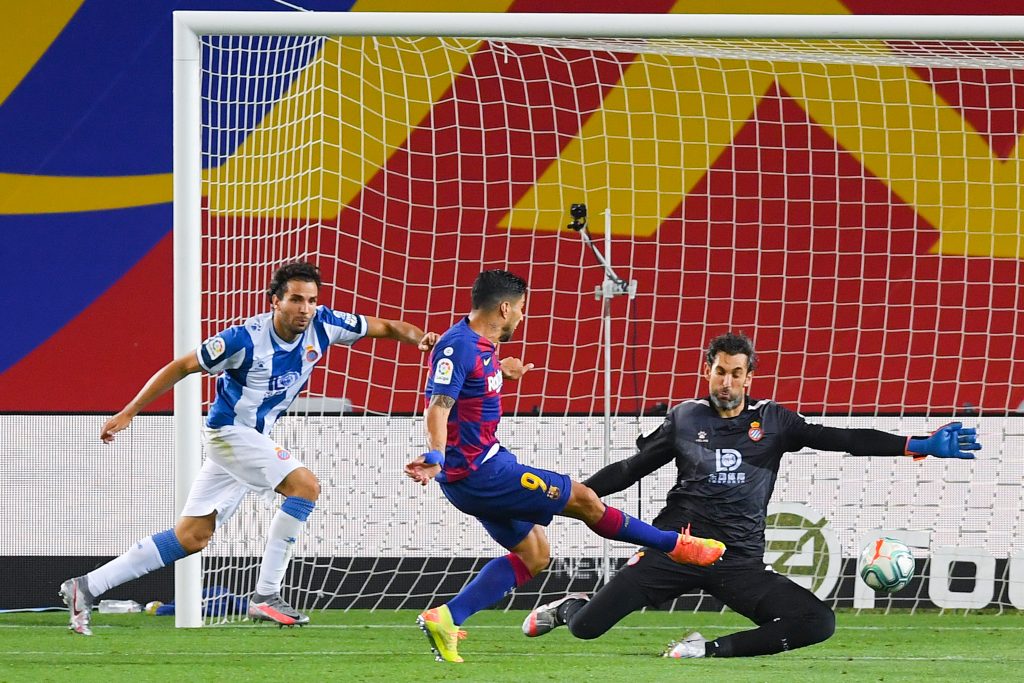 Even though it probably would’ve happened without last night’s game too, Barcelona did play a part in accelerating their bitter city rivals’ road down to the second tier as Suárez and his goal sent Espanyol to Segunda.

And needless to say, today’s papers are all about that. Sport have gone with a cover that says ‘Smiles and tears‘ as the hosts left the pitch happy, knowing that this was the last Catalan derby we’ll see in LaLiga for quite some time, while the visitors got relegated only for the second time since the beginning of the Spanish top-tier.

They also talk about the game being very tight – since only one goal separated the two rivals – and how everything exploded with two red cards, one from each side, as both teams’ young talents exited the bout.

Mundo Deportivo have gone in a similar direction with the goal-scorer gracing their cover as they emphasise how Suárez was the one that sent Espanyol down to Segunda with his strike.

Of course, we mustn’t forget that this goal also helped Barcelona in their title chase dreams, however small and unrealistic they might be, and the pressure is now on Real Madrid to perform in their own clash.

But after a promising game against Villarreal, Quique Setién’s squad has shown the same old weaknesses and predictability in their game, which is definitely something to consider and potentially fix going forward.

However, they will continue to hope.