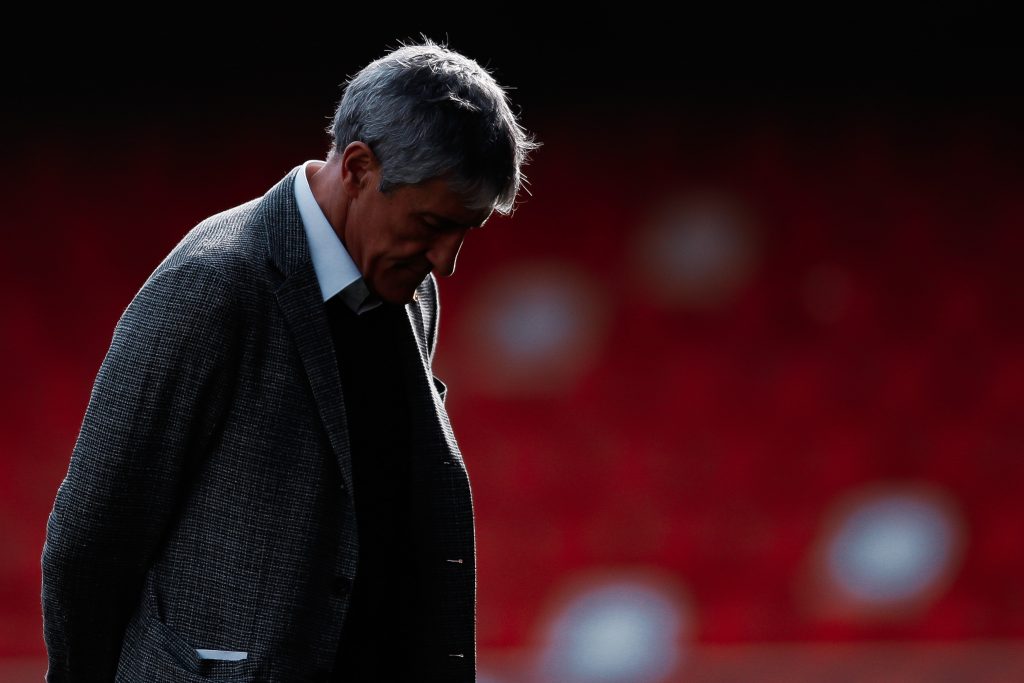 These have been trying weeks for the Catalans and their still fresh manager. And now, after a couple of shaky results and the title slowly slipping away, Setién’s future at Barça is becoming quite uncertain. Real Madrid, on the other hand, are winning consistently, albeit with controversy following suit.

And that’s exactly what the papers are focusing on this morning. Mundo Deportivo are going with a headline that says ‘Two measuring (VAR)s‘, highlighting how VAR has been used to different effect when it comes to LaLiga’s two biggest clubs.

Barcelona have lost points due to numerous bad decisions taken by the referees in the weeks since the return while their counterparts from Madrid have apparently profited from that very same system.

Sport, however, have decided to take a rest from VAR and instead focus on Setién’s uncertain future at Barça with a headline that says exactly that, ‘Uncertain future‘, and has the gaffer donning the cover.

As if that was so easy to do.