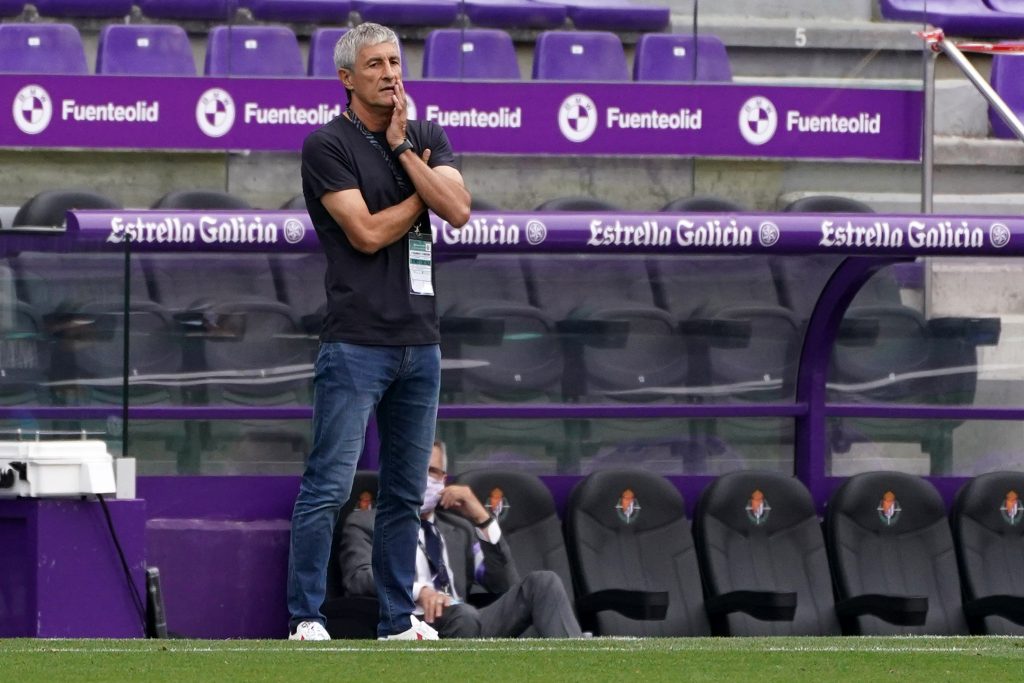 Even though his job is still very much in the air, today’s newspaper covers suggest that Quique Setién will indeed remain at Barcelona for the time being. His meeting with Josep-Maria Bartomeu went decently well and it seems the coach is strong enough to carry the team through the Champions League storm.

But the wording of their titles is quite interesting, to say the least. Sport have gone with ‘Setién shaking‘, suggesting that there is a rift in the dressing room and an obvious disconnection between the players and the coaching staff.

But even with that being said, Barça think about unity and feel like the former Real Betis man can still lead them successfully for the remainder of the season. After that, however, it will most likely be time to say goodbye.

Mundo Deportivo have a similar idea, although their title says ‘Setién resists‘, as they are stating that Setién will remain at Barcelona despite the obvious crisis. The board sees him as strong enough to deal with Champions League football that’s in front of them.

But even though this is good news for the gaffer, it seems that his clock is still ticking. Is there any way for him to actually retain his role even after the season is officially done and dusted?

At this point, it seems highly unlikely.