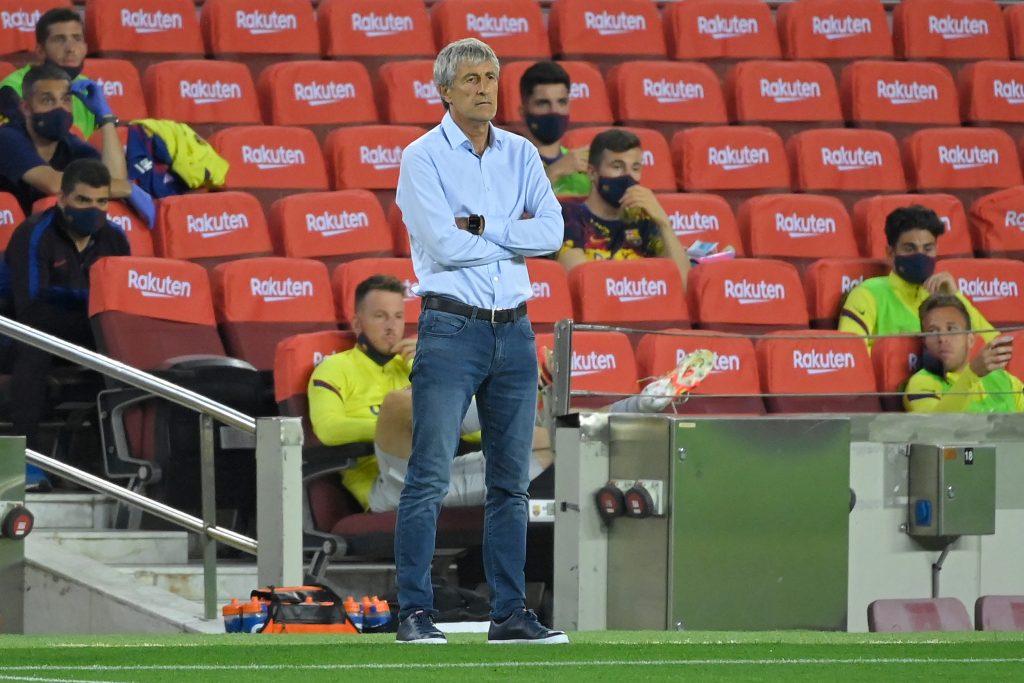 LaLiga is already long behind us and now, it’s time to focus on the big one – the Champions League. According to the recent reports from Catalan papers, Quique Setién has already chosen his lineup to face Napoli at the Camp Nou.

At least that’s what Mundo Deportivo are reporting on today’s cover with the title ‘The XI Against Napoli‘. They are suggesting he will face the Italians with Antoine Griezmann rejoining Lionel Messi and Luis Suárez in attack.

In midfield, Sergi Roberto would start alongside Ivan Rakitić and Frenkie de Jong, who is finally ready to start once again after a niggling injury. This, however, would mean Barcelona would be deployed in their standard 4-3-3 system.

Of course, that wouldn’t be surprising at all and it’s believable that Setién has already chosen his lineup for Napoli. However, Sport are going down a slightly different road again. Their cover says ‘3-5-2 Against Napoli‘, suggesting a complete change in structure for the Catalans.

In this system, Nélson Semedo would act as the third centre-back alongside Gerard Piqué and Clement Lenglet while Roberto and Jordi Alba would be deployed as wing-backs to support the midfield.

Sport’s formation also doesn’t have Griezmann while Riqui Puig would get a chance in midfield from the word go.

Either way, the clash will surely be a nail-biting one regardless of the lineup. The Italians are pretty optimistic and believe they can eliminate Barça and progress further into the competition.