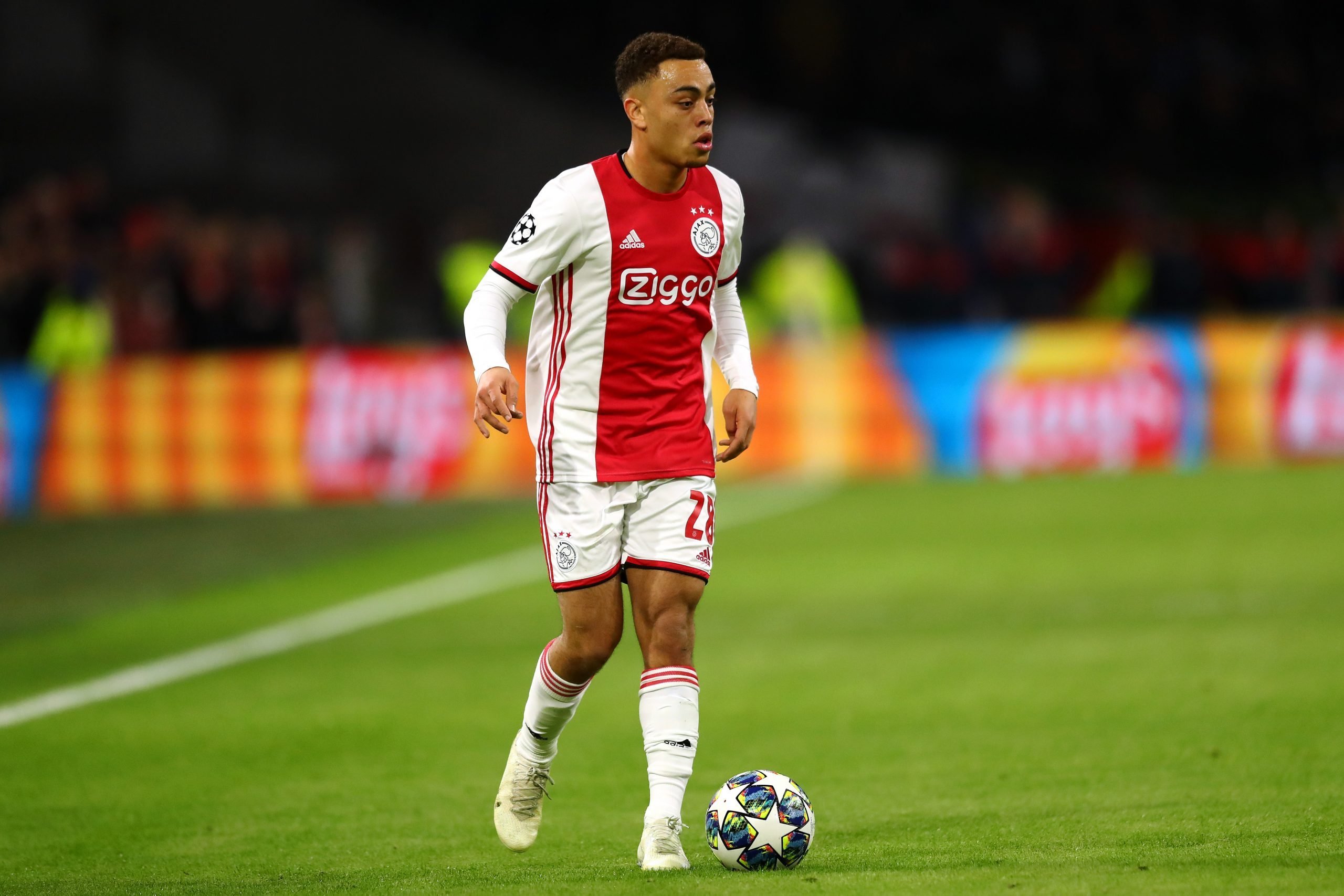 Barcelona’s newest signing Sergiño Dest wants to become their new Dani Alves. It’s a feat many have tried before him but none have succeeded at it. The American, however, has the talent and the potential to finally plug that hole.

That, of course, is all the papers are talking about this morning after the youngster’s presentation. SPORT have gone with those exact words for their title: ‘Dest wants to be the new Dani Alves‘.

The Brazilian, a Barça legend himself, appears to be his idol and the young full-back will do his best to emulate his achievements. Of course, with quite a big age gap between them, Dest has mostly seen Alves on YouTube videos.

But that won’t exactly stop him from chasing his dream and trying to surpass his idol and make him proud. Mundo Deportivo are basically saying the same thing.

‘I want to be like Dani Alves‘, says their title as Dest is pictured juggling the ball during his presentation. The 19-year-old is showing ambition and that’s what Barcelona desperately need at the moment.

The youngster has trained alone and might even be in contention for the Sunday game against Sevilla. However, with such a mammoth task ahead of the Catalans, it’s unlikely he’s immediately thrown into the fire.

But we can definitely expect him to start playing soon and even more importantly – a lot.