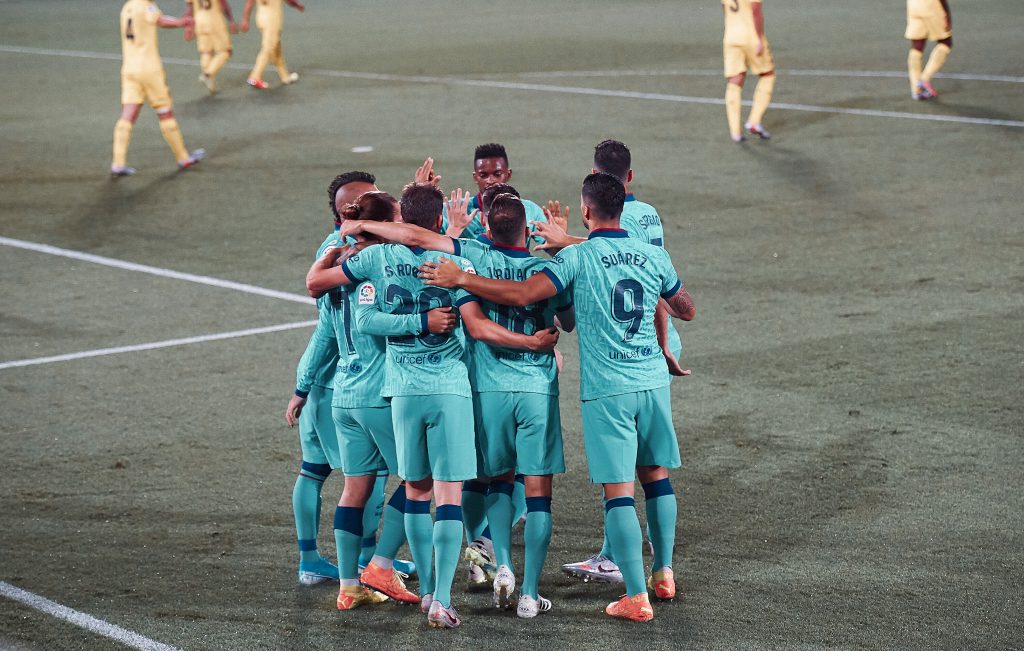 Finally, Quique Setién has arrived at the club. Of course, he’s been here for a while now but the football has been missing in recent times and yesterday night, Barça have played their best game under the new coach and took Villarreal apart.

Needless to say, the newspapers are full of their heroics from the match. Mundo Deportivo went with a headline that said ‘Resurgence‘, emphasising that Barcelona haven’t given up and are still fighting for the title that is slowly but surely slipping away to Real Madrid.

Antoine Griezmann also had a positive night, tallying an incredible goal from a Lionel Messi assist and was overall very involved in everything. Luis Suárez equalled László Kubala’s record while Ansu Fati put the finishing touches with a cold-blooded strike.

Sport are saying mostly the same thing – ‘There is life‘ – and are stating the Villarreal clash was the best game Barça have played under Setién. But once again, there’s talk of VAR, this time from the president himself.

Josep Maria Bartomeu noted that ‘VAR is not being fair; it is always favouring a certain team.’, of course, insinuating that Real Madrid are the ones profiting from the new system the most as Messi’s goal was disallowed for offside.

Still, if there’s one thing that should make Barcelona happy is the fact that they finally looked like a great team yesterday. Let’s see if they can keep it up now.