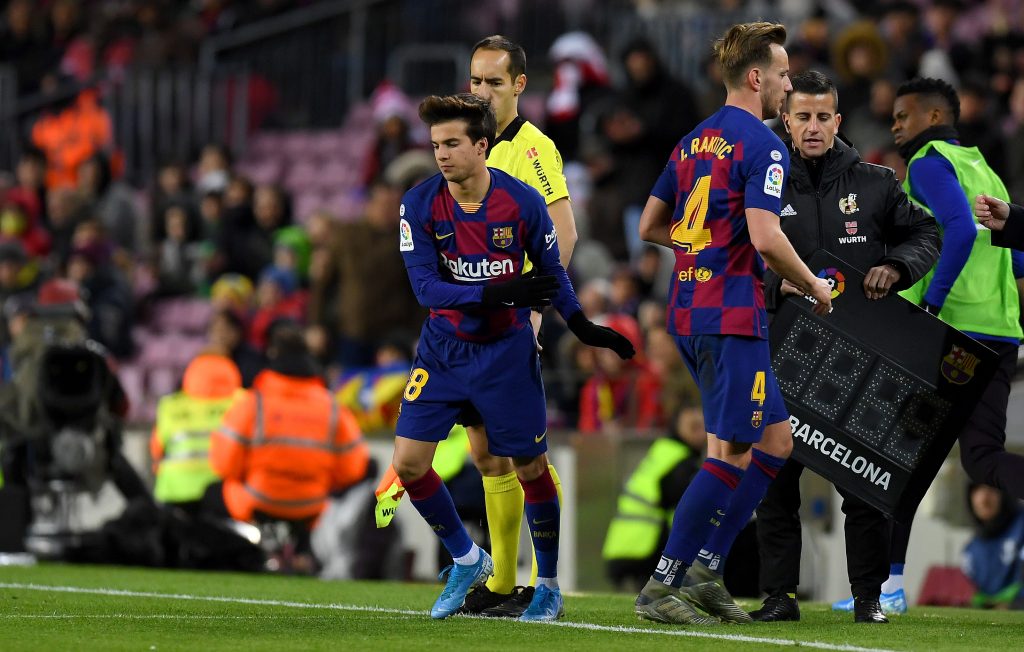 Saturday is approaching rapidly and Barcelona are getting ready to host Napoli in a huge European clash at the Camp Nou. Interestingly enough, Riqui Puig could make his grand debut in the Champions League as well if Quique Setién gives him a chance. According to the papers, he just might.

Mundo Deportivo are saying that the La Masia youngster has been a starter in the last five out of seven games and has responded to the coach’s confidence. Now, however, his greatest challenge of the season arrives in the form of Napoli.

But, there’s a real possibility that Puig indeed makes his Champions League debut this Saturday night. He is, after all, ready and has shown that game in, game out in LaLiga. At this point, and assuming Napoli will deploy similar tactics like in the first game, Barcelona will really need the youngster’s skill set.

The Catalans’ attack, however, has already been decided. Sport are saying Setién will go with the trident up front since Antoine Griezmann is ready to play. This means the 3-5-2 formation that was rumoured is now off the table.

But, at the same time, there was a lot of talk of Griezmann stepping up and playing like never before in a Barcelona shirt. If true, the Frenchman deserves to start and show us a little bit of the magic we know he has up his sleeve.

And who knows, with a bit more work, we just might see Ousmane Dembélé at the Camp Nou this weekend as well…