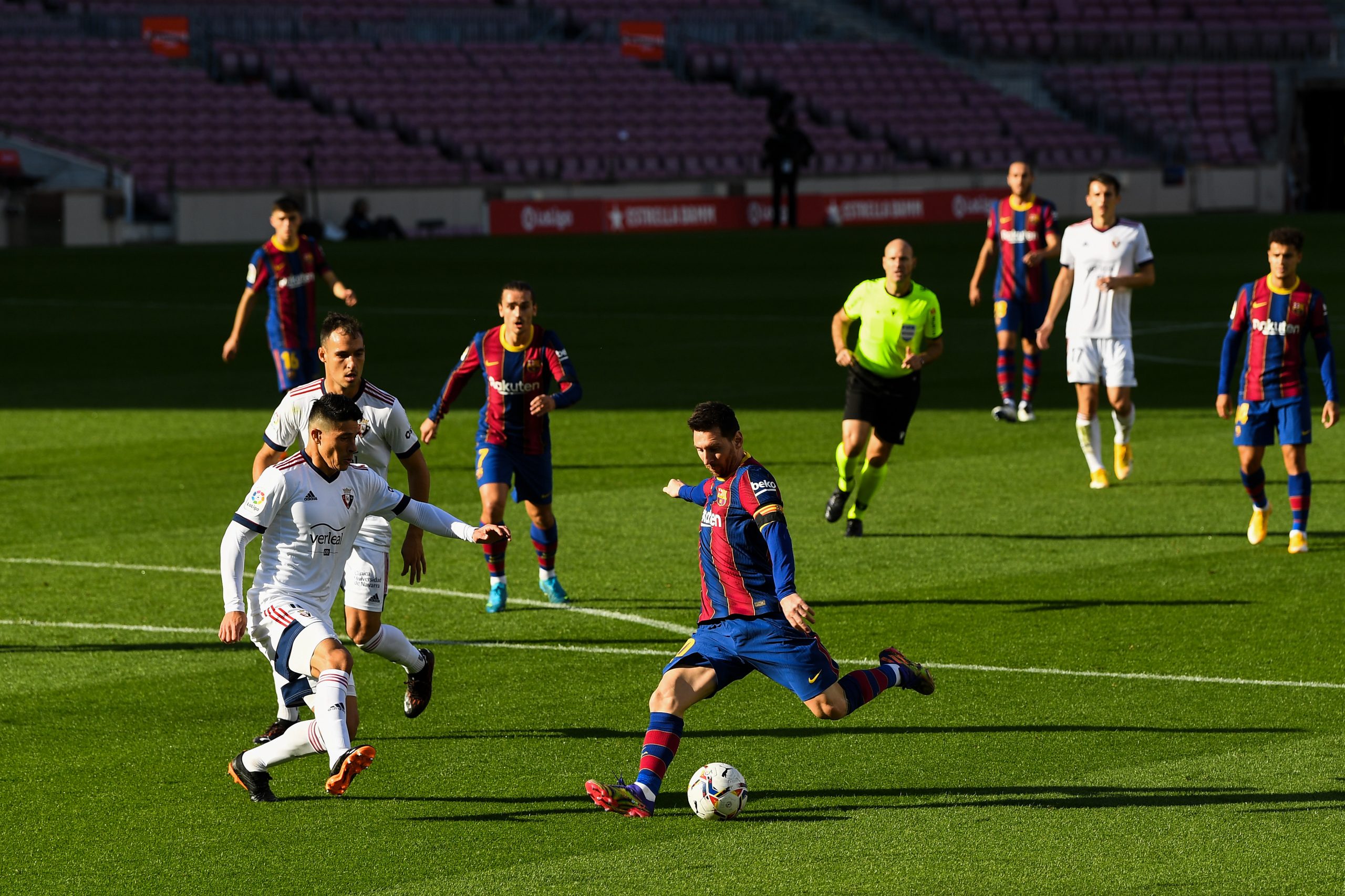 Barcelona have finally returned to winning ways with a complete dismantling of Osasuna the other night. The 4-0 scoreline tells the whole story really but it was Lionel Messi who once again stole the show with his magic.

Needless to say, the papers this morning are all about the little genius and his special homage to the late Diego Armando Maradona. SPORT say it was an emotional tribute from one D10S to another.

The Argentine scored an incredible goal and then revealed an old Newell’s Old Boys shirt underneath his Azulgrana colours which also bore the no.10 on the back. That’s the same number Maradona used to wear back in the day.

Apart from that, Antoine Griezmann also had a great night as he scored by far the best goal of the game and most likely the 2020/21 season as a whole as well. This incredible volley is bound to restore at least some of the Frenchman’s lacking confidence.

Mundo Deportivo are saying the same things with their cover, ‘Amen‘.

The outlet talks about Messi’s homage to Maradona but also mentions the goalscorers, Martin Braithwaite, Griezmann and Philippe Coutinho. However, not all is perfect and there were a couple of things that may put a stain on an otherwise perfect night.

Clément Lenglet had to be replaced following an injury and that leaves Barcelona with no senior centre-backs available anymore should the injury be serious.

Time for Frenkie de Jong in the backline next to some youngsters? It would definitely seem so.