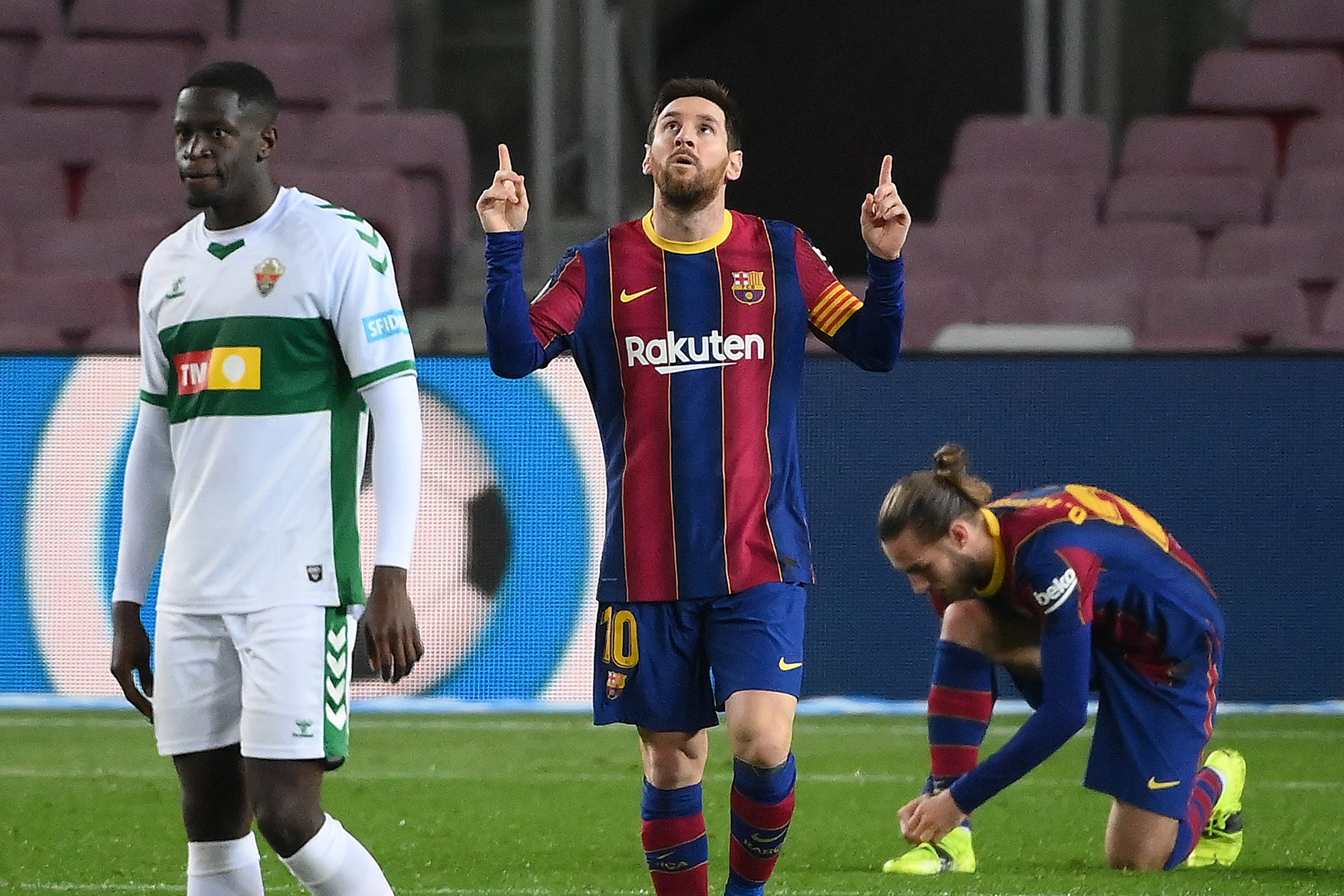 We needed a response from this team and we finally got it. Barcelona snatched all three points against Elche last night, registering a dominant 3-0 victory on the wings of Lionel Messi. This morning, the papers are once again hopeful Ronald Koeman may show some signs of life.

Mundo Deportivo say that there are goals and there is a league, suggesting the title race is not over just yet.

With two new goals, both coming in the second half, Messi is now once again the Pichichi leader in La Liga. The Argentine sits on 18 goals, two more than the currently second-placed Luis Suárez. But there’s still a long way to go as both Madrid teams are yet to play their games in hand.

One way or the other, though, we need to be seeing more of this in the near future. It may be a long-shot but as the paper says, there is a league.

SPORT, on the other hand, are talking about Messi specifically, and you can’t really blame them.

In an uncomfortable match against Elche, who can be a tricky opponent, Messi took over and secured the victory on the night. With this win, Barcelona are currently third in the table but could once again yield it to Sevilla should the Andalusians win their respective clash.

Big games now await the Catalan giants and hopefully, we’ll be seeing a lot more of this throughout the remainder of the 2020/21 campaign.

When and if that happens, there may be a league yet, as the papers almost dutifully say.