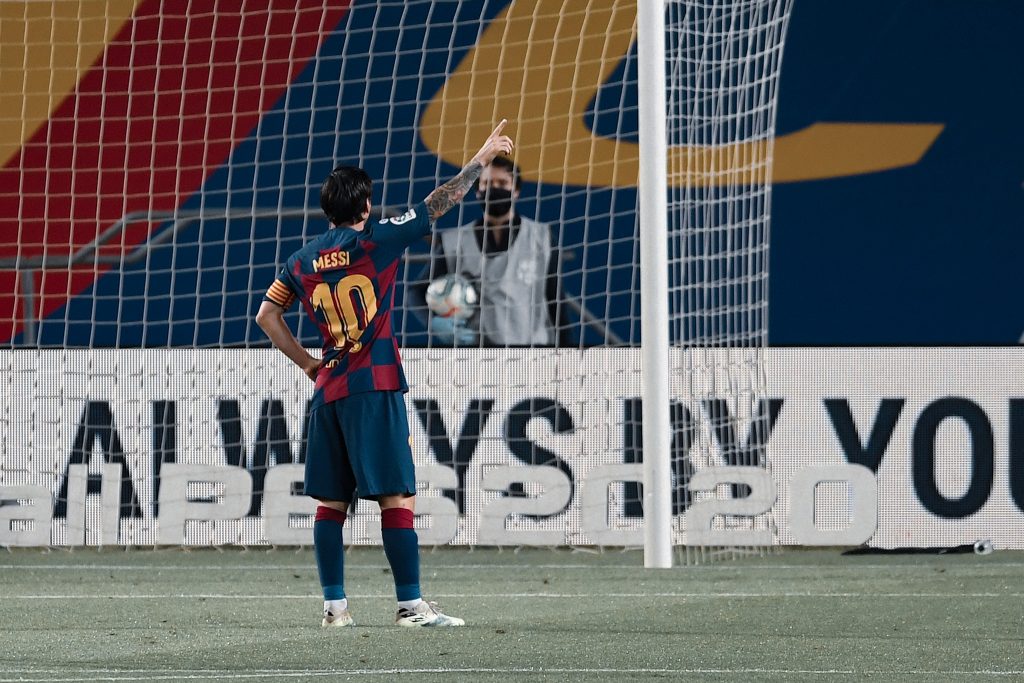 Header Image by by Alex Caparrós via Getty Images

On today’s newspaper covers, both Sport and Mundo Deportivo are celebrating the ‘leader’ as Lionel Messi leads Barcelona to another victory in LaLiga.

And with the Argentine’s new celebration following his successful penalty kick, it doesn’t surprise that both outlets went with practically the same cover photo – Messi in a victorious stance.

Sport also emphasise that the Azulgranas have returned to their fortress with a bang and a new victory over Leganés as both the Argentine and the young Ansu Fati were on the scoresheet.

Mundo Deportivo have very much done the same thing – the ‘leader’ gracing the cover with the Catalan outlet emphasising how, once again, Messi leads Barcelona to victory on the pitch.

Fati gets a passing mention as well for his ‘canon’ that opened the scoring when the team struggled to get going. But there’s also no time for rest really.

Barcelona are back in action this Friday as they travel to face Sevilla in what should be a highly entertaining and difficult game for the Catalans. And considering how tight things are in the standings, victory there will be crucial.

There’s a lot Quique Setién has to fix because even though Barça beat Leganés 2-0, the visitors had a couple of clear chances and the home side mostly struggled to create anything meaningful.

Needless to say, they will need to show much more against Sevilla on Friday.