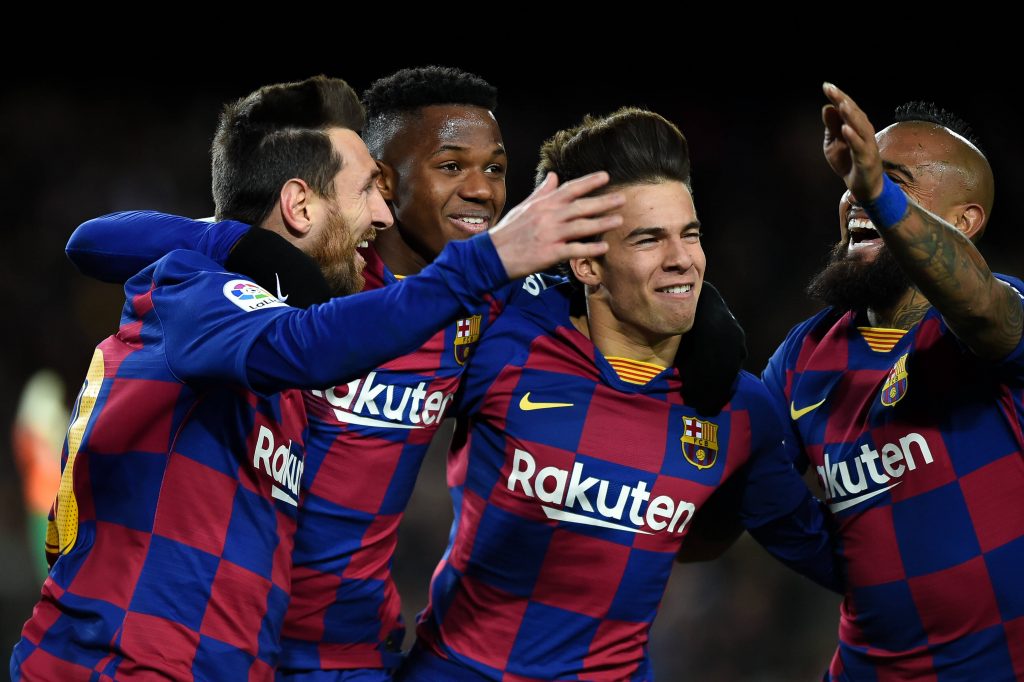 The biggest saga of the ongoing summer transfer window has taken another big twist. Now, as widely reported in the media, Lionel Messi could indeed stay at Barcelona. Of course, not that he has reconsidered on his own but the president’s stubbornness may have played a part.

SPORT state that the Argentine is indeed thinking about this possibility. At the moment, the choice is between leaving without an agreement and risking a huge fine or returning to training.

Of course, even if Messi does stay at Barcelona, it will only be for another year. In January, however, he will be a free agent and will get the chance to sign a pre-contract with another club.

Either way, today could be a very decisive day in this saga as Leo is expected to finally break his silence. Soon, we’ll know if the Azulgranas have to prepare for life without him right now.

Mundo Deportivo, on the other hand, are focusing on Spain’s young squad which included Ansu Fati. Barcelona’s gem made his debut and played a great game.

And not only that but at 17 years and 308 days, he became the second-youngest player to debut for La Roja. An incredible milestone for an incredible player.

Of course, they also had to talk about Messi as well. Indeed, they echo SPORT’s sentiment and say that the Argentine is evaluating his options.

Elsewhere, Ousmane Dembélé is set to be reborn under new coach Ronald Koeman. The Dutchman loves natural wingers and could unleash the young star with great effect.