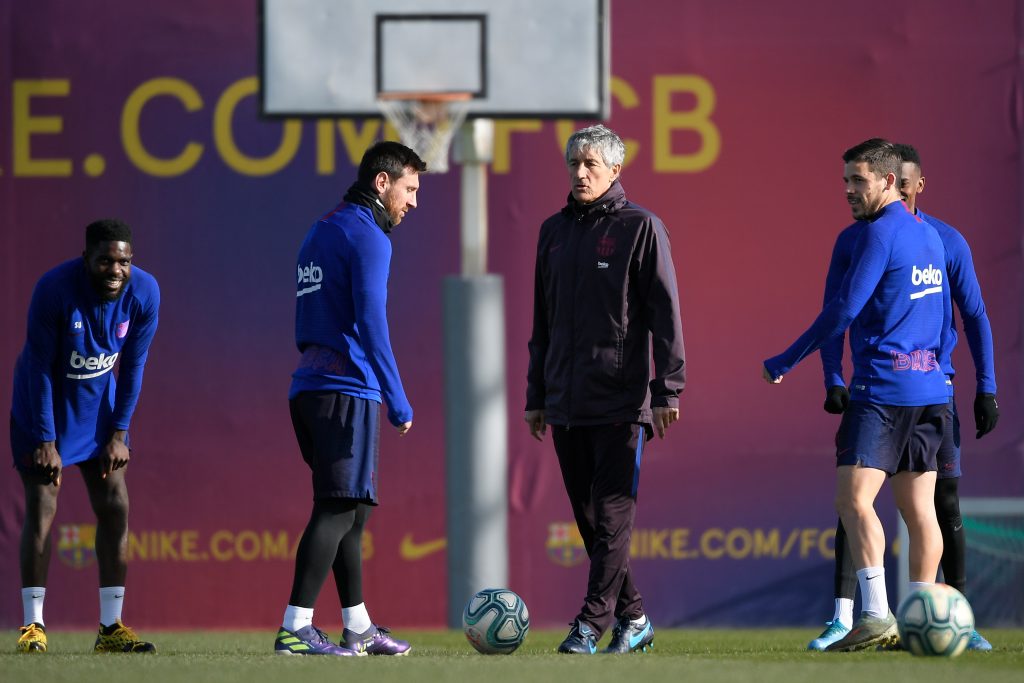 Today’s newspaper covers are all about Barcelona’s huge 0-5 victory over Deportivo Alavés that saw them officially conclude the 2019/20 LaLiga season. But there’s also a lot of talk about Lionel Messi – who won another Pichichi award for himself – and his reported reunion with Quique Setién that saw them put their differences aside to chase the Champions League trophy.

Sport are mostly celebrating Barça’s performance and they say the Catalans managed to conclude the season on a high, which should also restore some enthusiasm and spirit in the camp.

And of course, they mention the Argentine’s seventh and also record-breaking Pichichi award for the best goal-scorer in LaLiga as he beat Karim Benzema in the race and surpassed the legendary Telmo Zarra in the process as well.

Mundo Deportivo, on the other hand, are focusing on Messi and Setién, claiming they will put their assumed differences aside to join forces and march for the Champions League.

This time, the captain’s words were not as harsh as it was the case after the Osasuna defeat but he still believes self-criticism is key. However, after his reported meeting with the coach, they have identified their weaknesses and will work to solve them just in time for Europe.

And then, maybe and just maybe, Barcelona will be ready.