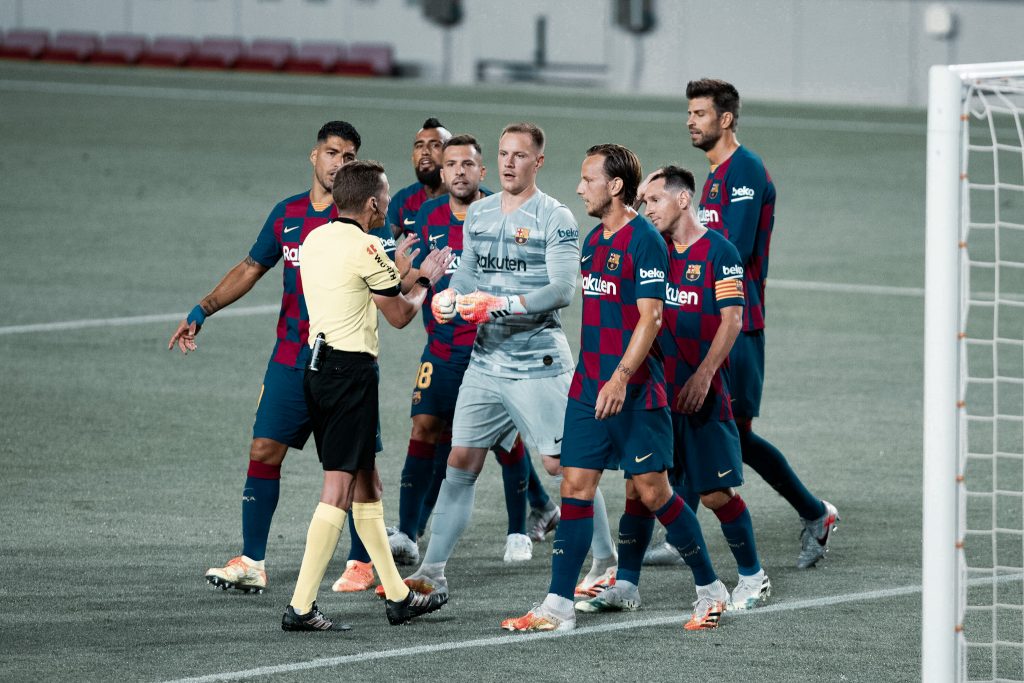 It was a must-win game for the azulgranas and even though they gave it their all, Barça tallied a draw with Atlético de Madrid, giving their eternal rivals, Real Madrid, another chance to increase their lead at the top.

And needless to say, today’s newspaper covers are all about the controversial decisions taken by the referee. Mundo Deportivo have gone with a title that says ‘Maximum penalty‘, stating that the title moved away from Barcelona after a tie that included an own goal and three penalties, two of which were given to the visitors.

They also talk about VAR calling for a penalty to be retaken after Marc-Andre ter Stegen presumably stepped out of his line, but then didn’t review a clear foul play against Piqué in the Atlético box later on.

Unsurprisingly, Sport have gone with the identical headline for their cover – ‘Maximum penalty‘ – and are talking about the same things – controversial decisions that made Barça draw with Atlético and give Real another chance to go clear in the table.

With this result, the Catalans move one step away from reclaiming the crown and now all eyes will be on Los Blancos as they try to win their games and continue marching towards the title themselves.