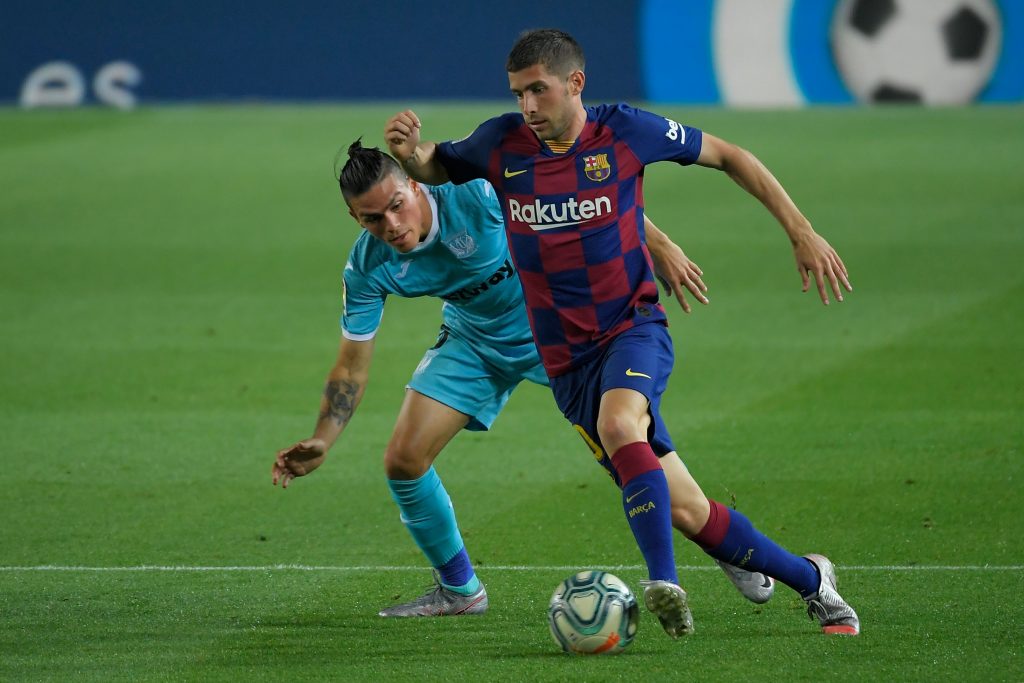 On today’s newspaper covers, there’s a special report on Barcelona’s new and exciting signing, Francisco Trincão, but also a story stating Manchester City want to sign Sergi Roberto and are presumably pushing for the transfer.

Still, the arrival of the young Portuguese forward is one of the most exciting news at the club in recent times and Mundo Deportivo have prepared a report of some sort to inform the readers and the fans of the 20-year-old’s profile.

They say that he has only grown ever since the deal with Barça was reached back in January. Now, he has successfully doubled his goal and assist tally to nine and 13 respectively and is largely viewed as one of the best U21 wingers in Europe.

In terms of his player profile, he is a versatile left-footed forward who can slot on both wings, scores a lot and is incredibly quick, something they will value highly at the club.

Sport, on the other hand, say that Manchester City want to sign Sergi Roberto because they prioritise the arrival of a full-back. Of course, Barcelona’s right-back is more of a Swiss knife and can slot in various positions around the pitch.

Still, Roberto himself is happy at the Camp Nou and it’s unlikely the Catalans decide to sell him, especially since Nélson Semedo is the one reportedly on the market anyway.