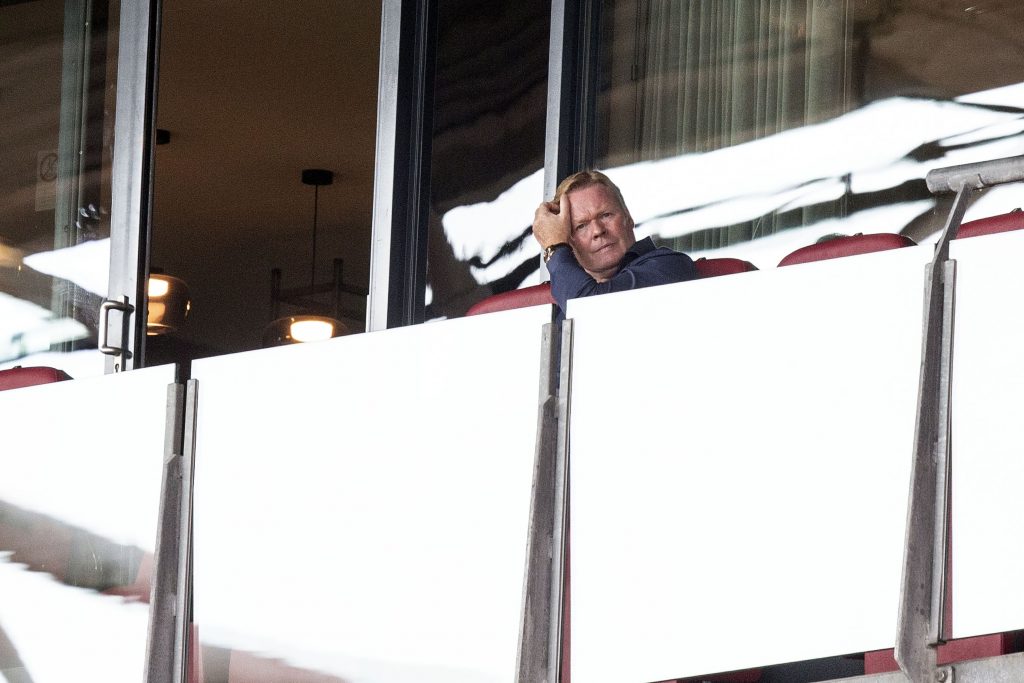 Today is a very important day for the Catalan giants. The papers are claiming Ronald Koeman will officially be presented as Barcelona coach by the club. Of course, this was essentially already confirmed by Jose Maria Bartomeu in yesterday’s interview.

Mundo Deportivo even talk about the ‘Koeman Era‘, saying the Dutchman will sign for two years without restrictions. This presumably means he wants to have full control of the dressing room and its surroundings.

Another former Barça great, Henrik Larsson is reportedly going to be his no.2 as well, and the new management is expected to arrive today.

SPORT are saying basically the same thing. Koeman will officially be presented as Barcelona coach today and their title just says ‘Signed!‘.

The Dutchman even confirmed that ‘now is the time to manage Barcelona‘, essentially confirming the deal. Éric Abidal has also left his post yesterday after a mutual agreement to terminate his contract.

Needless to say, big things are coming and it seems we may be seeing a whole new Barcelona come the 2020/21 season. For better or worse.

We’ll simply have to wait and see whether Koeman is indeed the right man for the job but one has to commend his loyalty because taking over the club in this state won’t be an easy task.

The Dutchman is a Barcelona legend and now it’s time to prove it once again, this time, however, as manager.

Let’s hope he can do it and prove everyone wrong. Because Barcelona need it and we need it as well.