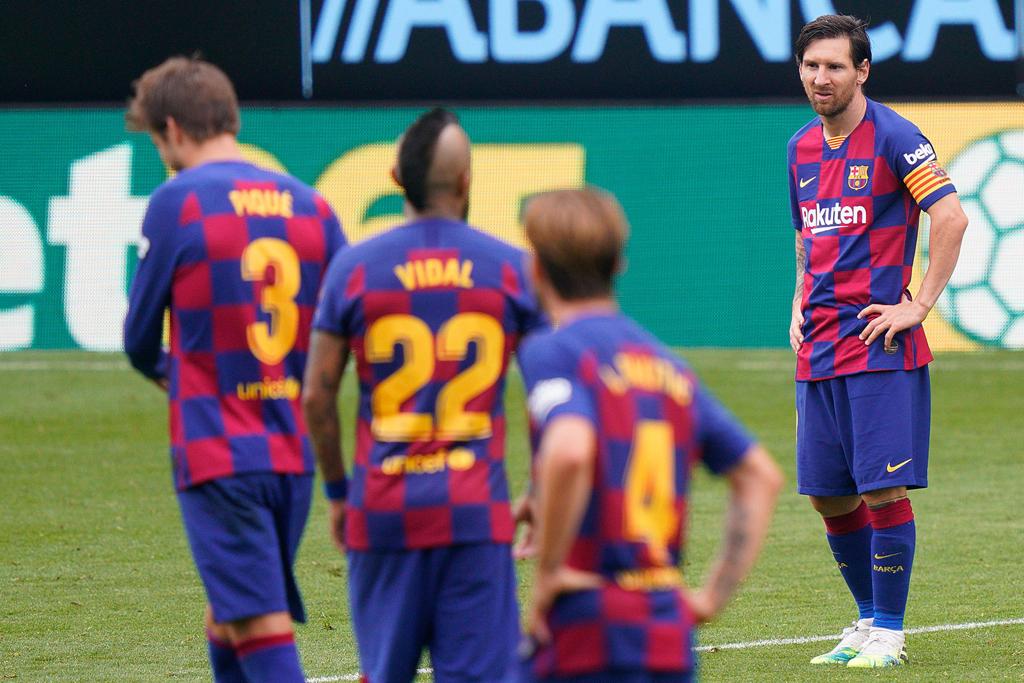 On today’s newspaper covers, both Mundo Deportivo and Sport are focusing on Barça and their draw with Celta as the Catalans suffer another blow in their chase for the LaLiga title.

It was quite a frustrating night and one that went from excitement to disappointment numerous times throughout the 90 minutes. Mundo Deportivo highlighted the ‘Lethal foul‘, focusing on Gerrard Piqué’s suspicious sliding tackle on Rafinha that gave Celta the freekick which ultimately sealed the tie.

Still, it was Aspas’ magical strike that levelled things and took the full spoils away from Azulgrana. The presence of Riqui Puig and Ansu Fati did give the Catalans the lead at 0-1 and 1-2 but they simply couldn’t hold onto it.

Sport have gone in a rather similar direction with the draw with Celta making Barça go from ‘Excitement to disenchantment‘ and making the title race quite complicated for the Catalans.

Despite the energy and liveliness provided by Fati and Puig, the magic of Lionel Messi and the brace of Luis Suárez, Barcelona couldn’t seal the deal and walk home with only one point in the bag.

Will it cost them the title in the end? Only time will tell as we now wait for Real Madrid’s game against Espanyol.