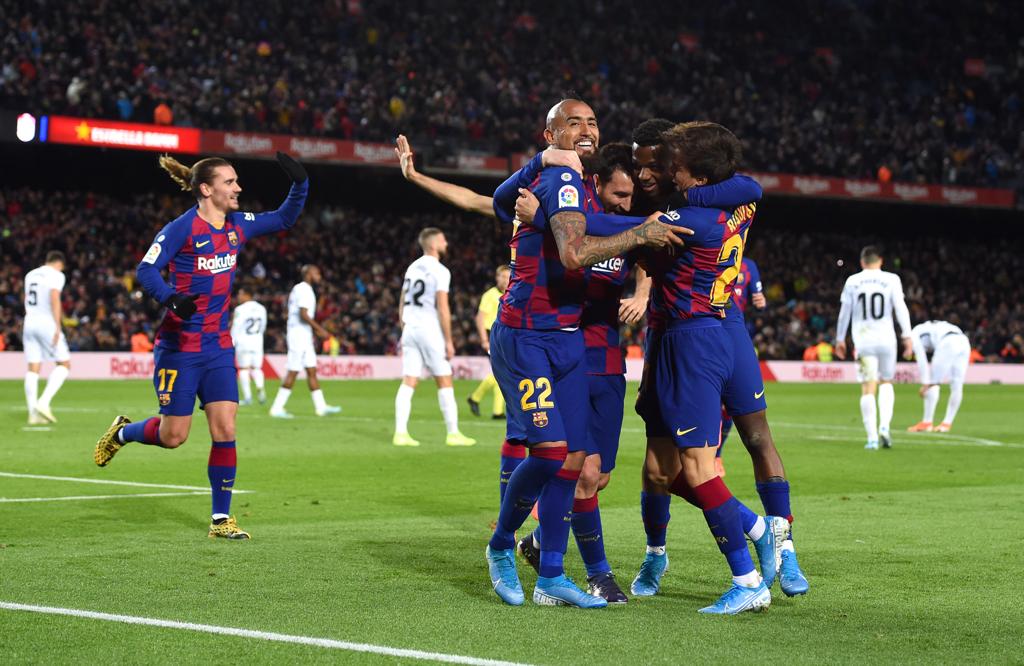 On today’s newspaper covers, Mundo Deportivo and Sport are focusing on the big chance both Riqui Puig and Ansu Fati might get against Celta Vigo and claim it’s the youngsters’ time to finally shine.

With Quique Setién’s squad ridden by both injuries and suspensions, there’s no time like the present to throw the talents into the fire and see how well they cope. Mundo Deportivo went with a cover that says ‘It’s your time‘ as Lionel Messi and Riqui grace the front page.

They also talk about the Azulgranas putting pressure on Real Madrid as the title race continues and mention the ex-Barcelona players the Catalans will face on their trip later on this afternoon.

Sport have gone with a rather similar cover and they also focus on the youngsters, saying ‘Your turn‘ as both gems are seen on the front page with Messi.

As things currently stand, both papers seem to believe Puig and Fati might indeed get their shot against Celta Vigo, one way or the other, and this clash is another must-win occasion for the Catalans.

We now know that Real Madrid have an advantage over Barcelona since their head-to-head record is better this season. For that reason, winning every game until the end of the campaign might not be enough but if they are going to do it, they will need their youngsters to shine.

They might even deserve to start the games going forward and it will definitely be interesting to see who makes the gala XI later on this afternoon.