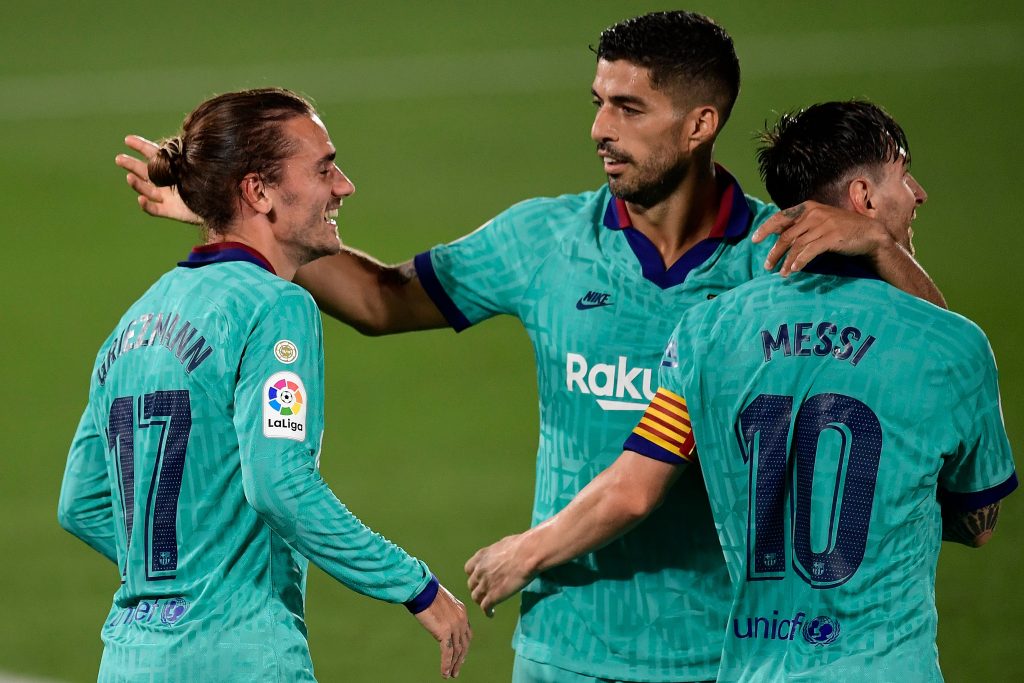 The Azulgranas‘ latest clash in LaLiga was a truly brilliant display against Villarreal away from home. But surely the best takeaway from the game was actually the fact that Barcelona’s trident is finally working as all three of Lionel Messi, Luis Suárez and Antoine Griezmann were extraordinary on the night.

It doesn’t surprise then, that Mundo Deportivo have put them on their cover with a title that says ‘The mutation of the trident‘, highlighting Quique Setién’s new system that completely changed things for the better.

Messi played as a no10 at the very tip of the diamond while Suárez and Griezmann were two strikers up front. This formation ensured the Frenchman was more free and more dangerous in attack while the full-backs had all the space they needed when going forward.

Sport, however, are still very much waging a war against VAR with their cover that says ‘Enough already‘ and are once again focusing on the bad refereeing decisions that were taken in recent weeks after the return of football.

Of course, they are aiming their wrath at Real Madrid, who seem to be the team that profits the most out of these controversial decisions coming from the VAR room. They also claim the Catalans are quite annoyed because of it.

Still, with Barcelona’s trident finally working as it seems, there’s plenty of reason to be optimistic for the immediate future. And the timing couldn’t be better as well since the return of the Champions League is edging ever closer too.