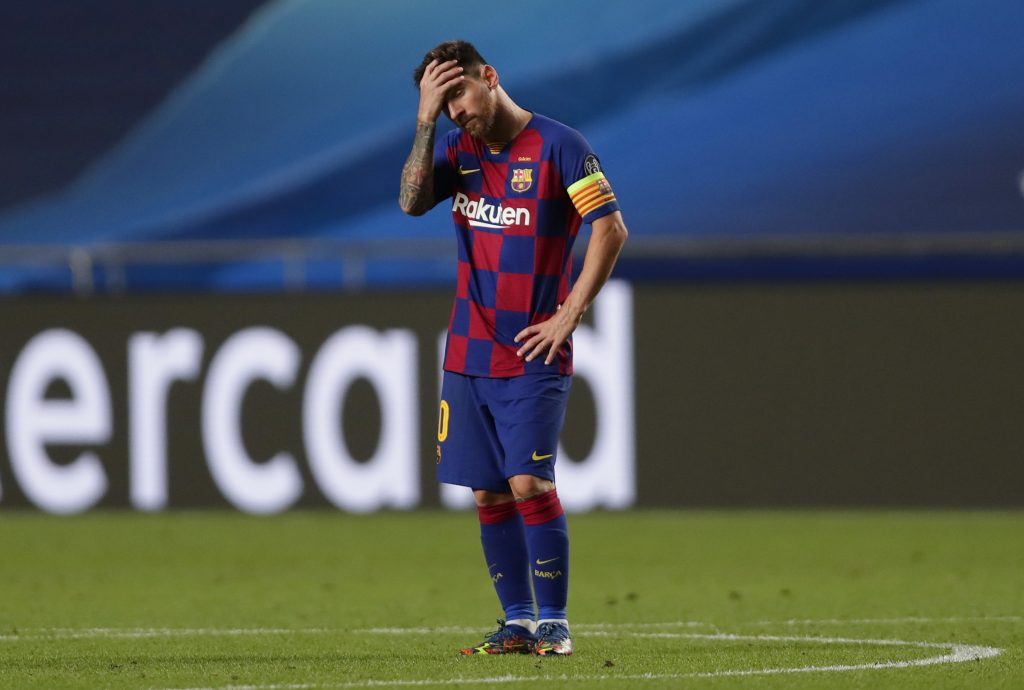 It’s difficult to describe what happened yesterday night by just using words. But the papers did a fairly decent job at that nonetheless. No matter how you turn it, it’s Barcelona’s shameful end of an era. Simple as that.

Sport are also calling it a ‘Historic humiliation‘ and they are right. The Catalans have not conceded seven or more goals since the late ’40s and this marks their first trophyless season in 12 years.

Needless to say, this was also Barcelona’s biggest defeat in Europe ever. It also comes as a cherry on top following the debacles of Rome and Anfield. All three of Gerard Piqué, Quique Setién and Josep Maria Bartomeu spoke and all were just plain depressed.

‘Something has to change‘ is the main moral of the story. Mundo Deportivo definitely agree. After all, they state this is Barcelona’s shameful end of an era, which is also spot on.

Bayern Munich were a much, much better team. But that’s also the thing – they were a team – relentless, compact, hungry and a unit more so than anything else. Barcelona showed nothing, unfortunately.

Setién will surely not continue and most likely the same can be said for Bartomeu, who just might call early elections according to the same outlet. As for the squad, a huge cull is needed, the board knows it, the players know it and we know it.

The cycle comes to an end. But at least, there’s nowhere to go but up, right?