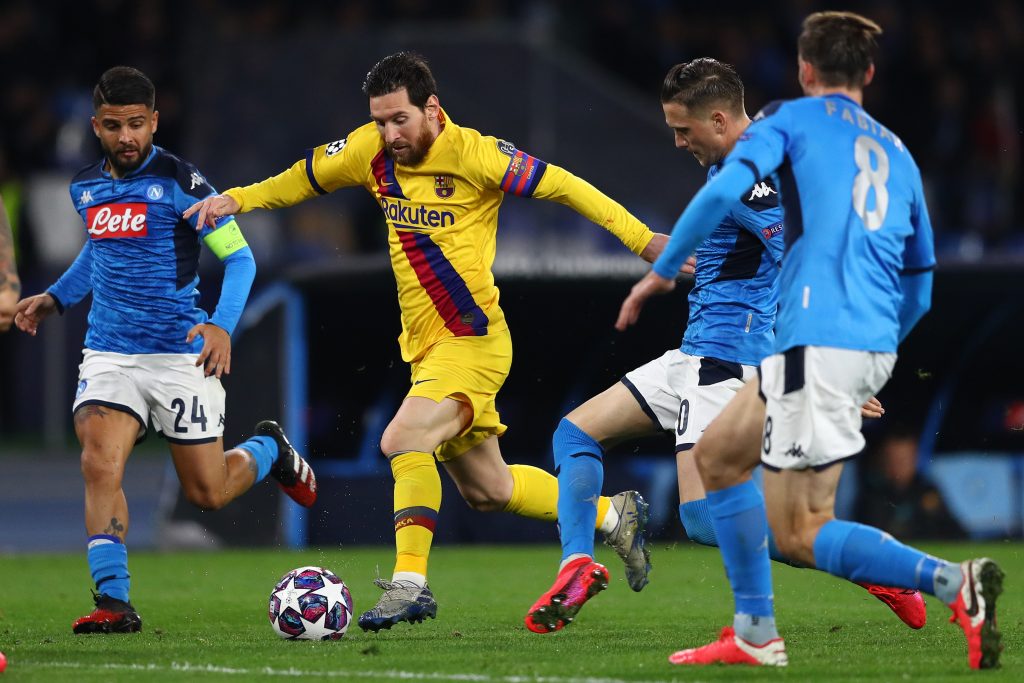 And now it has been officially confirmed: The Champions League will return to Catalonia in August as Barcelona will host Napoli at the Camp Nou and not on a neutral venue as was previously discussed. This comes as a relief to a team that’s still very much struggling away from home.

But the papers’ focus today has been on rather different topics. Mundo Deportivo have gone with ‘The return, at home‘ title, focusing on the return leg that will see the Italians visit Azulgranas‘ safe haven.

Barcelona will indeed host Napoli at the Camp Nou on either the 7 or 8 of August and then, should they progress further into the competition, they’ll be aiming for that crown in the grand final that is to be played in Lisbon. The following stages of the competition will be played out between 12 and 23 August.

Sport, on the other hand, are celebrating one of the unsung heroes of the club as of late: Luis Suárez. Of course, everyone knows the Uruguayan has been an incredible servant to the Catalan badge since he was purchased but has also been a target of criticism as his form and physique started dwindling in recent years.

However, Suárez has been instrumental since his return from injury and has scored some crucial goals as of late, such as the one against Espanyol. And not only that but he has also surpassed László Kubala and is now Barcelona’s third-highest goal-scorer in the history of the club.

Whatever happens next to the Uruguayan Pistolero, his legacy is already quite safe.