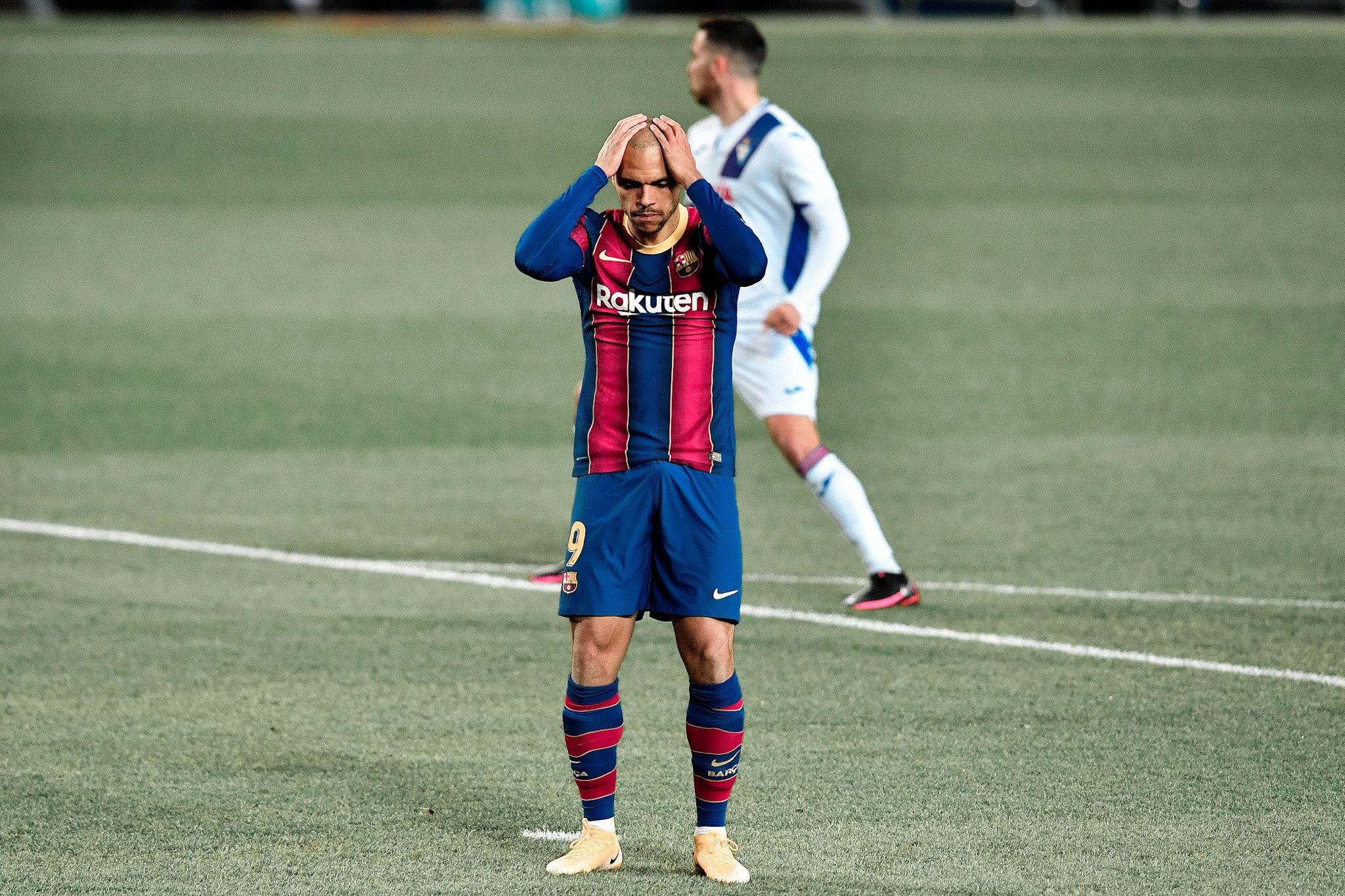 Even though it seemed like they were finally turning a new leaf and heading in the right direction, Barcelona have faltered once again. This time, Eibar managed to snatch a point at the Camp Nou against Ronald Koeman’s troops and without Lionel Messi in the team.

Of course, that shouldn’t be an excuse and the papers are brutally honest this morning. SPORT call it ‘another disaster‘ as Barça drop more points at home.

What was once an unbreachable fortress has become a place where teams consistently tally good results while the Catalans struggle. Antoine Griezmann couldn’t take control of the game despite Leo not being there and Martin Braithwaite missed a penalty along the way as well.

Philippe Coutinho came off the bench but injured himself and will likely be out until mid-February at the very least, making things much more complicated for Koeman.

Mundo Deportivo are not really much more optimistic either. They say this is turning into a ‘cursed year‘ for Barcelona and that their train for La Liga is slowly getting away.

Even though it’s hard to admit, it does seem like there is no chance whatsoever that we see the Catalans lift a trophy at the end of the season.

Something would have to drastically change within the squad for that to happen.