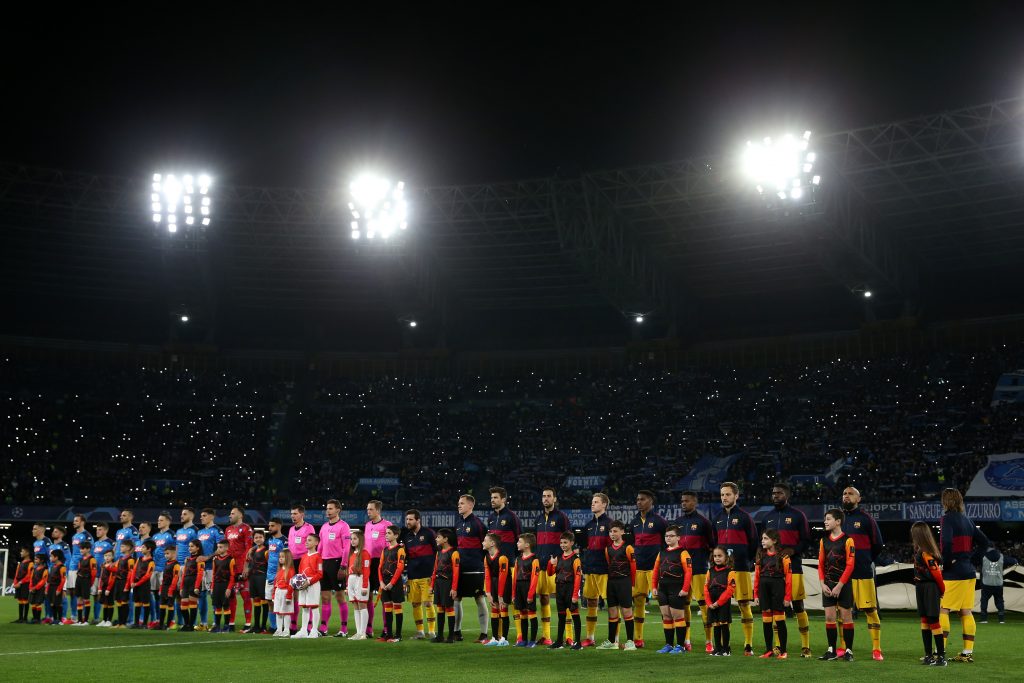 Tonight is a huge night for the fans in Catalonia. Napoli are coming to town and after five months of hiatus, Barcelona are back on the road towards the quarterfinal of the Champions League.

Yesterday, we’ve had two spectacles as a warm-up to the main event at the Camp Nou. Pep Guardiola’s Manchester City eliminated Real Madrid while Cristiano Ronaldo and Juventus fell to a resurgent Lyon. Now, it’s Barça’s turn and Sport say there’s only one true destination for them: Lisbon.

If they go through to the final eight, that would be their 14th consecutive qualification. Needless to say, it’s quite impressive. However, getting past that and to the final is a completely different story.

The 1-1 draw from San Paolo is promising for the Catalans but Napoli are an extremely difficult opponent. Gennaro Gattuso’s men won’t go down without a fight.

Mundo Deportivo are also focusing on Barcelona and their road to the quarterfinal of the Champions League. Like Sport, they say the Azulgrana are aiming for Lisbon but it won’t be easy.

Of course, they couldn’t resist poking Real Madrid a bit after their elimination last night. However, the spotlight is now firmly on Barcelona and it will be interesting to see how they react after a poor 2019/20 domestic showing.

Quique Setién and Sergio Busquets addressed the media yesterday and both seem optimistic and eager to prove everyone wrong.

Now is the time for Barça to shine.