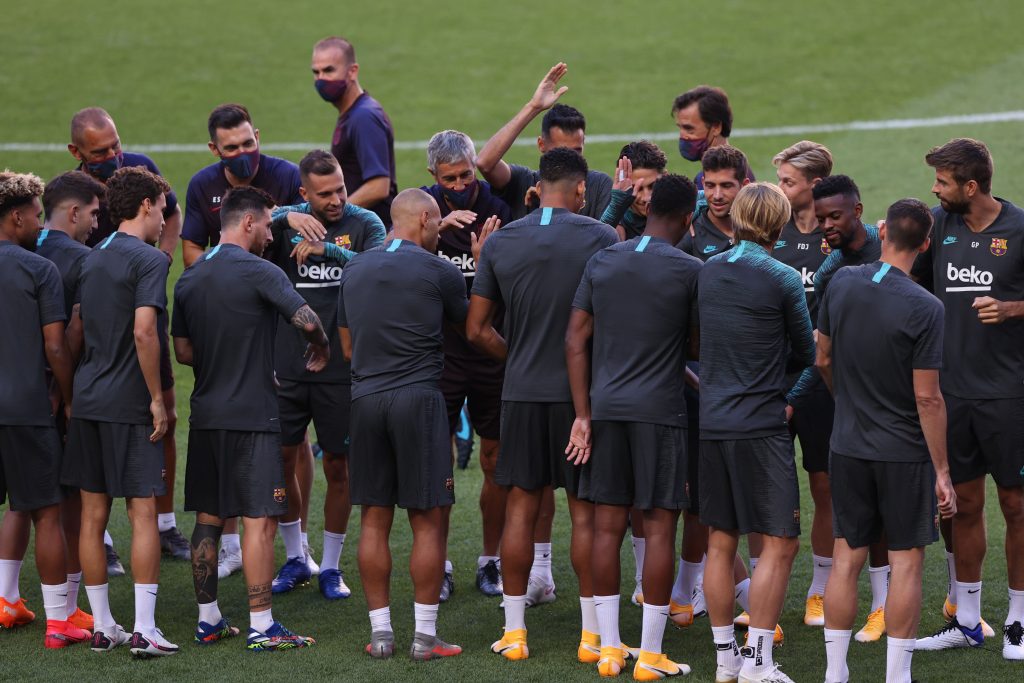 The wait is finally over and later on tonight, the Catalan giants will meet the Bavarian machine in the quarter-finals of the Champions League. But, at the moment, there’s a clear gap between them. This means that once again, Barcelona will need Lionel Messi’s magic against Bayern Munich.

Mundo Deportivo are already calling this clash a final. And seeing the teams on the pitch, it really does have a feeling of a game of such magnitude. On the Catalan side, both Sergio Busquets and Arturo Vidal will once again be available.

The other big news, of course, is the return of Ousmane Dembélé and Quique Setién has now confirmed the Frenchman may indeed play a bit. Either way, the team seems confident despite the odds being against them.

Not often are they the underdogs going into any game and surely, Barcelona will need Messi’s magic against Bayern later tonight. Sport say the Champions League can’t wait and the Argentine will have to do his thing once again.

But in the words of Vidal, “We are the best team in the world and now we have to prove it.“

A tough night awaits but those are the nights the champions truly thrive. And deep down, Barcelona are still among the biggest of them all.