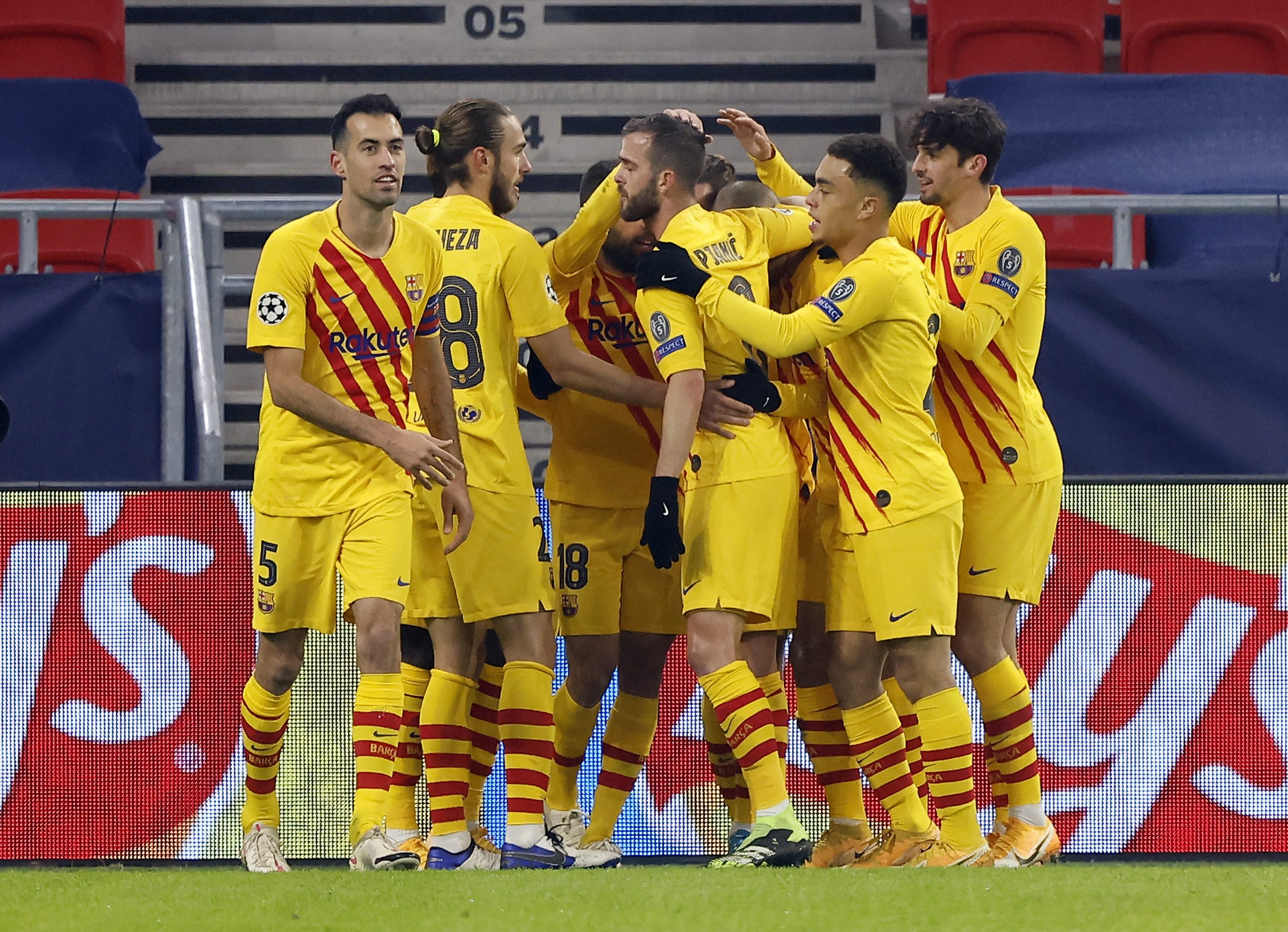 Yesterday evening we witnessed another fine display by Barcelona in the Champions League, sweeping Ferencváros 3-0 away from home. Of course, the Catalans have already secured their ticket for the knockout stages of the competition but the fight for first place is still on against Juventus.

The papers are all about the game this morning, though. SPORT have gone with a cover that says ‘Festival of Champions‘, gushing over the impressive victory.

With this triumph, Barcelona have won all five of their Champions League games under Ronald Koeman, which is the first time any Blaugrana coach has achieved that feat.

All three of Antoine Griezmann, Martin Braithwaite and Ousmane Dembélé were excellent on the night, scoring goals and having a big impact on the game overall. In other news, the yellow card against Lionel Messi for taking off his shirt as tribute to Diego Armando Maradona won’t be revoked and the Argentine has to pay a €600 fine on top of it.

Mundo Deportivo are heading in the same direction, celebrating the victory and the big achievement as a whole.

Despite fielding a rotated squad, the Catalans become the only team with five victories in the competition in 2020/21. They also gush over the trio who scored the goals, praising their performance and Barcelona’s overall display.

Now, the winner of the group will be decided in the last round against Juventus at the Camp Nou. A draw would see Barcelona top the group, as would a victory, of course.