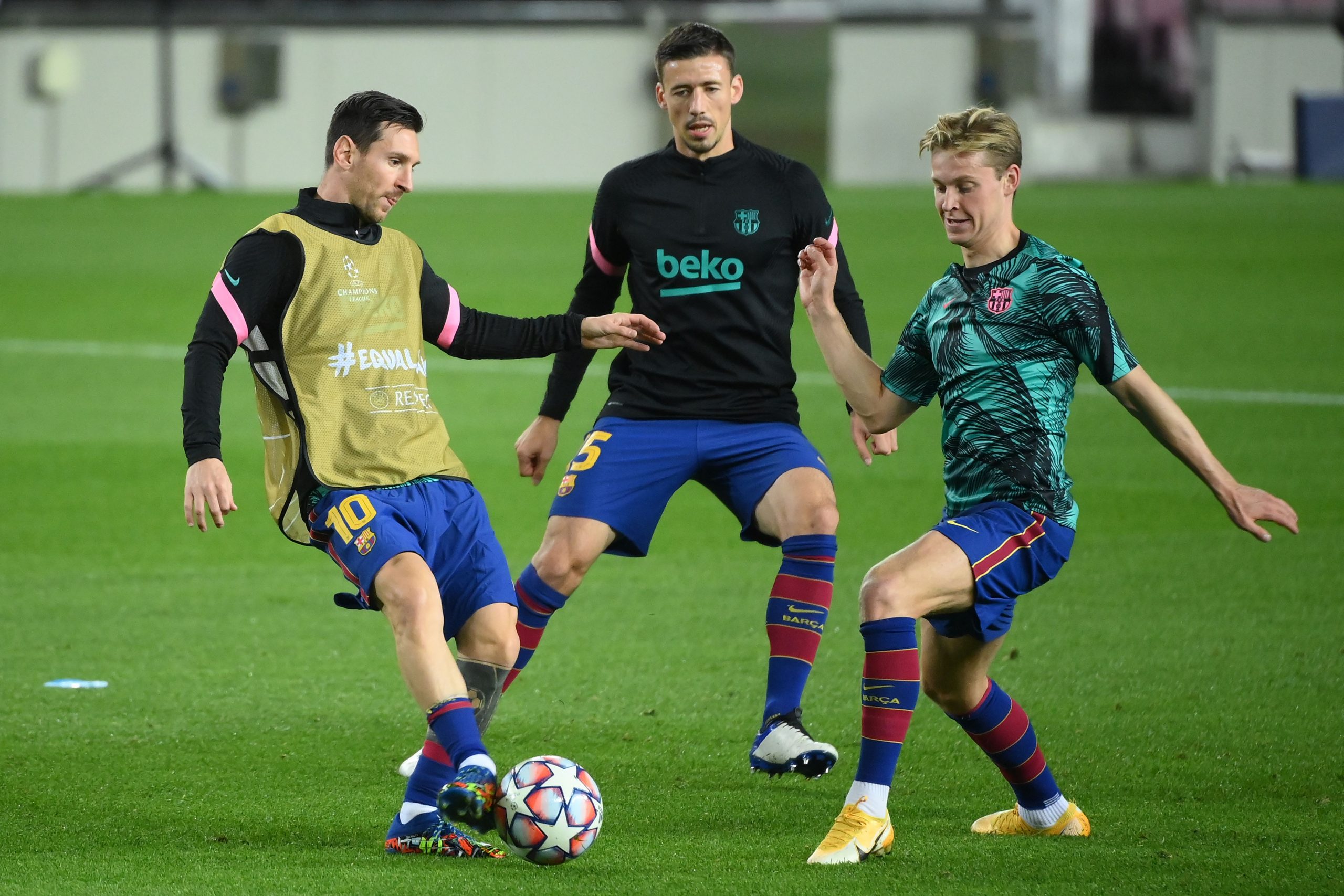 Today, Barcelona are travelling to Kyiv for a chance to secure their spot in the knockout stages of the Champions League. Having won their first three games, the Catalans are one step away from officially securing that coveted position.

However, as we now know, Ronald Koeman has decided to rest both Lionel Messi and Frenkie de Jong for the clash. Neither of them are in the squad list and this is what the papers are focusing on today. Mundo Deportivo are saying ‘To the knockout stages without Messi and De Jong‘.

With a lack of senior centre-backs availalble, Óscar Minguenz has also been called up and we may see him slot next to Clément Lenglet later on tonight. Of course, this is a direct result of Gerard Piqué’s serious injury and Samuel Umtiti’s and Ronald Araújo’s unavailability.

Antoine Griezmann will also have to take up a bigger role now that Messi won’t be on the pitch. Speaking of the Frenchman, he’s had enough of the media’s rumours and decided to speak out on his relationship with Messi and the current situation.

SPORT‘s cover is all about the forward and his most interesting quotes from the recent interview. The Frenchman wanted to clear the waters and set things right. Hopefully, he said, this will calm everyone down and prove that there is no animosity between him and Leo specifically.

Griezmann has also been an easy target in all of Barcelona’s bad games and he plans to rectify that as well. A big night awaits him and it’s time to prove the doubters wrong.