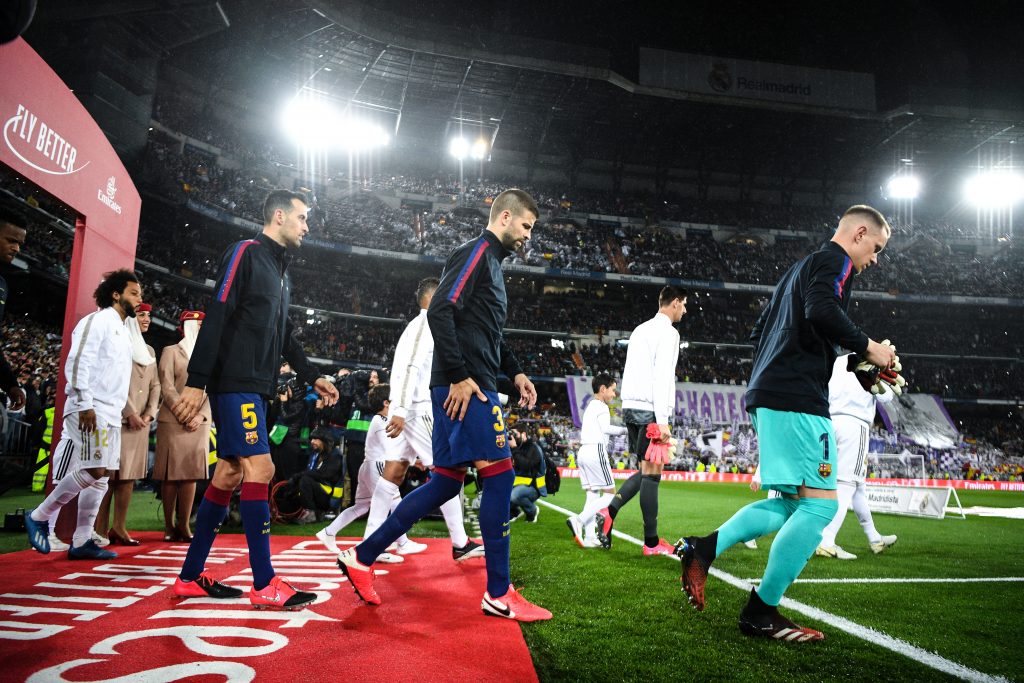 And as only two LaLiga fixtures remain in the 2019/20 season, Barcelona expect Real Madrid to win the title tonight after facing a rather resurgent Villarreal. Needless to say, it’s all the papers are talking about over in Catalonia this morning.

Intriguingly, both have gone with the identical cover that says ‘Match ball‘, suggesting this is indeed the night we’ll see Los Blancos lift the crown and steal it in front of their eternal rivals’ noses.

Even though we’ve heard them say that they still believe in a miracle and will fight to the very last second, Mundo Deportivo are claiming Barcelona expect Real to win the title before the day is done.

However, the race for the Pichichi between Lionel Messi – who’s on 22 goals – and Karim Benzema – who’s on 19 – is yet to be finished and this could be the only thing the Catalans can deny their nemesis in the LaLiga campaign.

Sport are saying the identical thing – ‘Match ball‘! Barcelona are playing their final LaLiga game at the Camp Nou against Osasuna and are awaiting Real Madrid’s celebrations later on tonight.

But even though it’s unlikely the Whites stumble right at the finish line, Villarreal are a team in ascend and are also looking for a place in Europe next season. This could potentially make them a rather dangerous opponent to face.