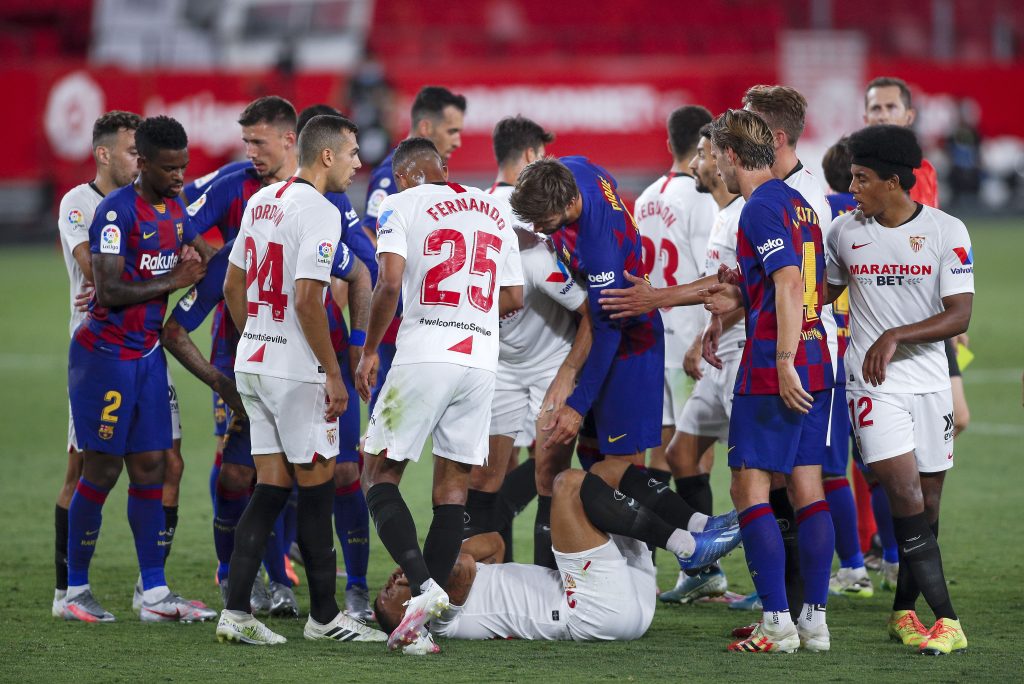 On today’s newspaper covers, both Mundo Deportivo and Sport are focusing on Barcelona and their draw with Sevilla last night. The Catalans were unconvincing and dropped points, which is delightful news for their arch-rivals, Real Madrid.

Interestingly enough, both outlets went with practically the same headline, emphasising how the Azulgranas were stopped by the Andalusians. Mundo Deportivo talk how Barça have now given Los Blancos a chance to assume leadership in the table with this draw.

A small section of the cover was also given to the other games in both LaLiga and the Premier League, Neymar Junior’s court case and Gerard Piqué’s pessimistic words about the league no longer being in their hands after last night’s tie.

Unsurprisingly perhaps, Sport have done very much the same thing with Barcelona and their draw with Sevilla taking the centre stage of their today’s cover.

They mention how Barcelona were great after the break, tallying two victories in their first two games but now, after a game that mostly dominated but without proper chances in front of goal, they have been dealt a blow.

Piqué’s post-match quotes are once again in the spotlight and it seems that the defender has indeed ruffled a few feathers with his words. Is he really that pessimistic or is this just a trick to put more pressure on Real Madrid? Only time will tell.

Of course, Neymar’s case also gets a shout and so does Espanyol’s game with Levante.