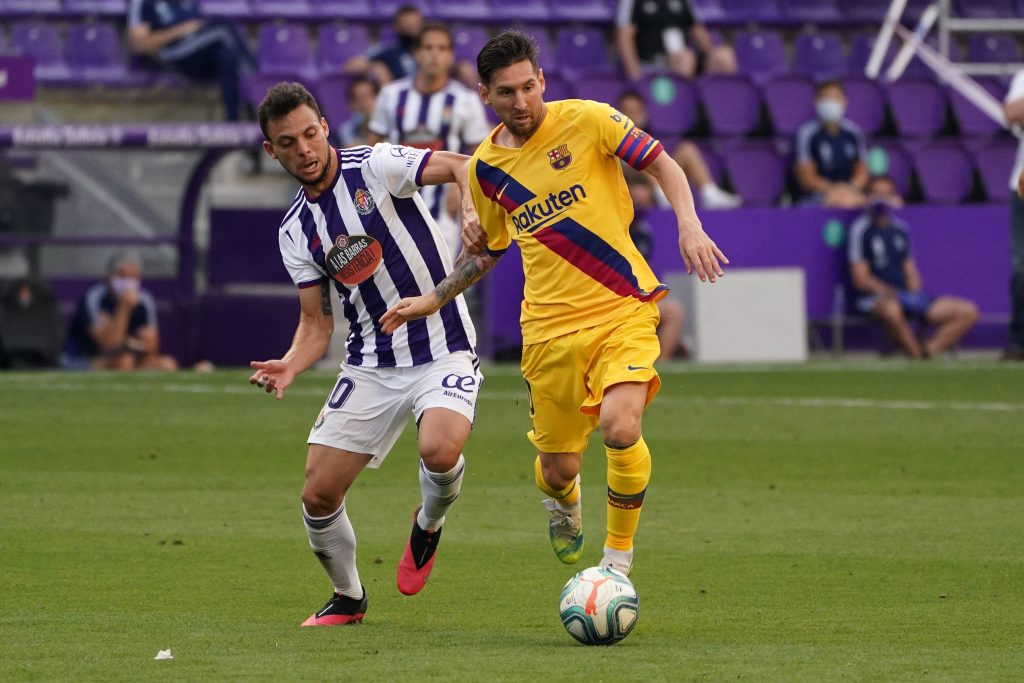 The LaLiga season has now entered the endgame – the last couple of games that will ultimately decide the champion of Spain and with them still trailing behind their arch-rivals, Barcelona are hoping that Granada can beat Real Madrid and keep their hopes and dreams for the crown alive.

At least that’s what Sport are saying on today’s cover with a title ‘Trust in Granada‘. They say the Catalans still believe it’s possible for Los Blancos to lose some of their remaining games, including the one against Villarreal that awaits after this fixture.

After all, Zinedine Zidane only has Karim Benzema for this game and the French forward is the only one who can help him get past his opponent. They also dedicated a small section of their cover to a collapsing Espanyol who have already been officially relegated to the Segunda Division.

Even though the focus is largely on Madrid’s fixture and Barcelona’s hope that Granada can indeed beat Real, Mundo Deportivo have gone in a slightly different direction. Lionel Messi is gracing their cover as they say ‘Magic Messi‘.

This, of course, has to do with two things. First, Messi’s new record of tallying both 20 goals and 20 assists in a single season, the first player to do so since Thierry Henry did it almost 20 years ago. They say the Argentine is evolving even at the age of 33.

And secondly, the outlet claims that Messi’s new position on the pitch has given Barcelona a brand new dynamic in attack, which has also enabled him more space and options to do his usual magic.

However, he has also played every minute and every second of every game since the return of football and he obviously needs some rest. But with the title on the line, when can Barcelona afford to give him a break?