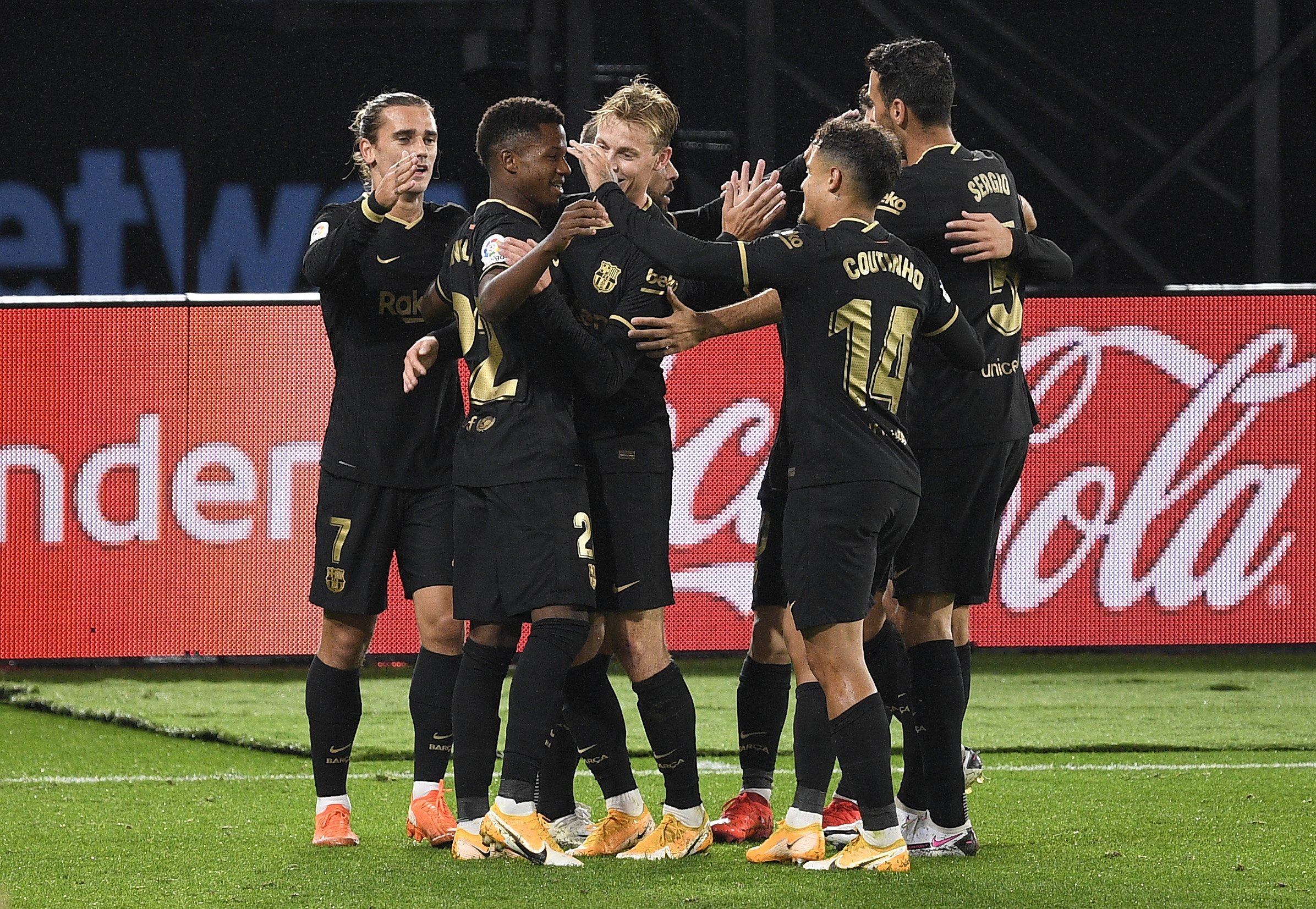 Ronald Koeman definitely means business. Two games into his tenure and the Catalans have two wins, seven goals scored and zero conceded. Last night, Barcelona beat Celta Vigo in an incredible bout away from home at the ‘cursed‘ Balaídos.

And of course, that was all the papers could talk about this morning. Mundo Deportivo went with a title that simply said ‘Storm‘, which could be true both for Barça and the weather in Vigo.

The Catalans were aggressive and proactive throughout the whole game and Ansu Fati once again managed to score the opener. Of course, Clement Lenglet was sent off just before the break but that didn’t stop the guests from running the show.

Small sections of the cover were also dedicated to the Champions League draw as Lionel Messi and Cristiano Ronaldo come face to face. Apart from that, transfer news surrounding Ousmane Dembélé and Sergiño Dest’s arrival are mentioned as well.

Sport say Barcelona beat Celta Vigo in a brilliant fashion, titling it as ‘Magical and genius‘. They believe Koeman showed us a different and much-improved team last night.

Fati is mentioned for his stunning opener and Messi got some plaudits for leading the squad throughout the game. Even though he didn’t score a goal, the Argentine was organising his troops the whole time.

Needless to say, the first impressions are great but we have to be cautious. It’s only the beginning and there’s still a long way to go.

Now, a tough clash against Sevilla awaits this weekend…