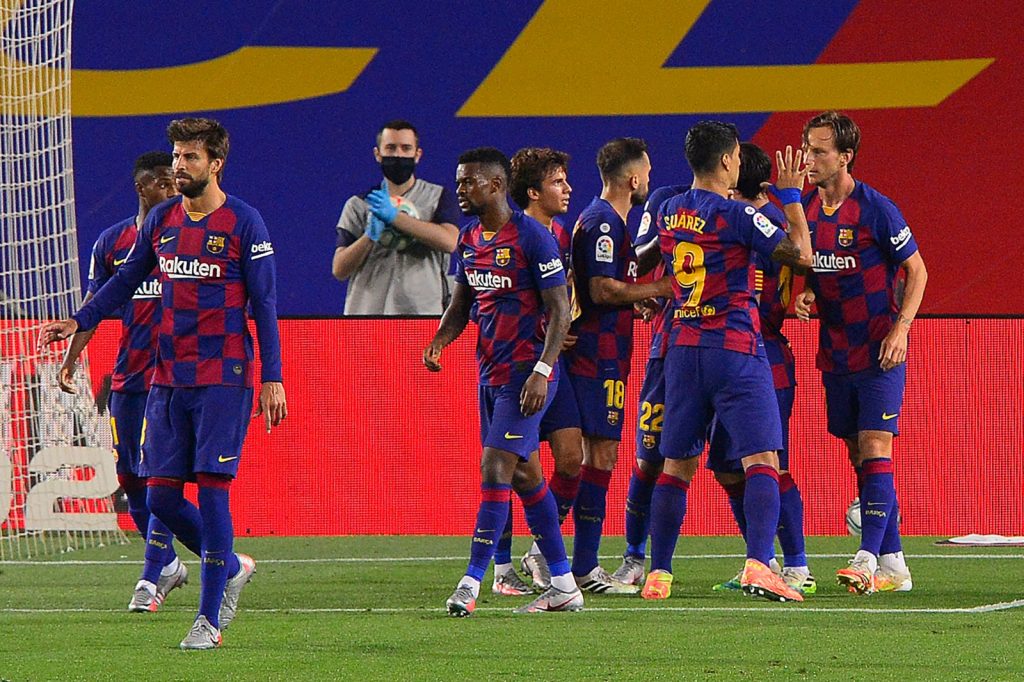 This morning, the papers are focusing on yesterday’s slim but incredibly important victory for the Catalans at the Camp Nou as Barcelona beat Athletic Club to go top of the table. Of course, they can only stay there if Real Madrid slip tonight.

Mundo Deportivo have gone with a headline that says ‘The Golden Goal‘ and have Lionel Messi and Ivan Rakitić in a celebratory embrace following the Croat breaking the deadlock and bringing the Azulgranas all three points.

They also praise all three of Ansu Fati, Riqui Puig and the goal-scorer, Rakitić, who gave Barça the necessary energy to turn the tides and win the game in the end.

Sport have gone down a rather similar route with the cover that says ‘They want this league‘, once again a reaction to the fact that Barcelona beat Athletic Club and are showing some signs of life after all.

Their choice of a cover photo is practically identical, unsurprisingly, and they do state Barcelona suffered for this victory but they succeed in putting the pressure on their eternal rivals with Rakitić scoring the winning goal and Puig and Fati giving some winds to their sails after coming on.

Over in the capital, Marca are, of course, focusing on Real Madrid, saying ‘Now it’s Madrid’s turn‘, suggesting Los Blancos have to strike back now that Barcelona have delivered the first blow again.