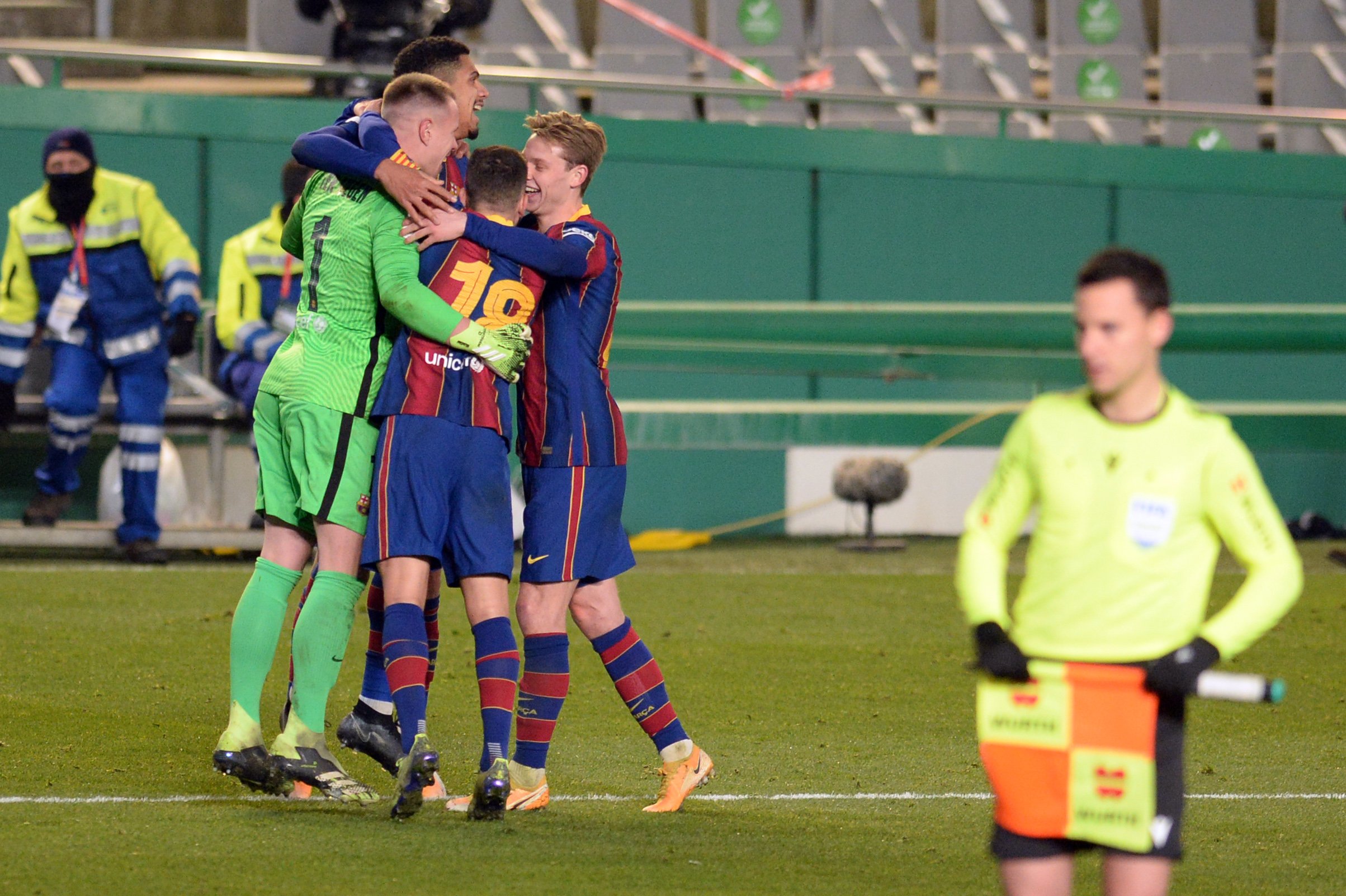 It’s taken them 120 minutes and a penalty shootout but Barcelona are now in the final of the Supercup, where they still await their rival. Tonight, Real Madrid will face Athletic Club for that second spot and the Catalans should soon find out the name of the team they’ll face come Sunday.

Needless to say, the papers are over the moon this morning. Mundo Deportivo say the Blaugrana are heading to the final after an imposing shootout against La Real.

It has to be noted that this was a Barcelona without Lionel Messi, who was on the sidelines following a slight injury in the game against Granada. This makes the victory that much more impressive as other players, namely their German wall, stepped up when the squad needed them the most.

SPORT are, in fact, all over Marc-André ter Stegen, calling him a hero after yesterday’s display. And rightly so.

After all, it was his performance that sent Barcelona into the final as Ter Stegen made crucial saves to ensure the Catalans are victorious. He even stopped Mikel Oyarzabal’s shot, which was the first penalty the young star has missed in his entire career.

But the fight isn’t over just yet. There’s one more game left to be played and just like yesterday evening, it will be a tough affair against a really strong opponent.