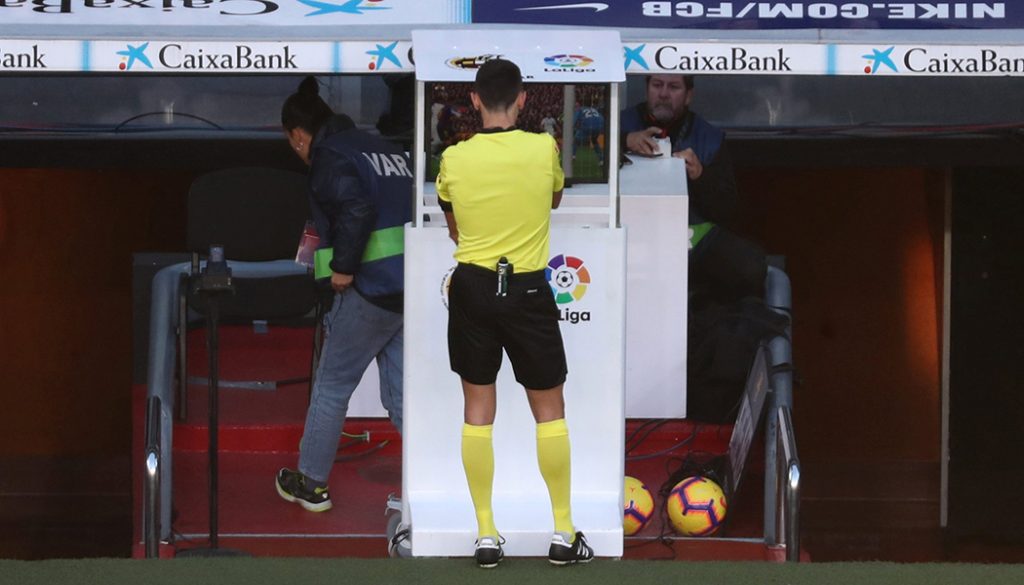 It has been a couple of days now since Barcelona were eclipsed in the table by Real Madrid and VAR, and the papers are still very much focusing on the incidents that gave the lead to Los Blancos in the first place.

Both Sport and Mundo Deportivo went with a cover highlighting the fact that the referees have not exactly been perfect throughout the season, especially since the return after the break, and this has made life more difficult for the Catalans.

Sport even went as far as saying that ‘Barcelona are facing Real Madrid and VAR’ and that the players within the squad are disappointed with the bad decisions that gave Los Blancos their lead in the league rankings.

Still, the paper outlines, they will fight to retain the crown and win at the Camp Nou again later on tonight as Lionel Messi hunts for his 700th goal.

Mundo Deportivo have gone with mostly the same thing: Real Madrid and VAR. But they were also quick to involve Quique Setién in the whole situation, reminding everyone of his recent quotes from the pre-game press conference where the gaffer questioned the decision to check only some of the situations with the video assistant and not all of them.

They also dedicated a small section of the cover to Arthur Melo and his potential move to Juventus as the Italians reportedly muster a new and improved offer that could indeed turn the Brazilian’s head.

As for Barcelona’s side of the story, they want Miralem Pjanić to join and they want it badly. For that reason, Arthur departing is not exactly that far-fetched at all.

Away from the transfers, the Azulgranas are also facing Athletic Club tonight but even though that game is really important in their title chase, it seems the papers are not exactly putting much emphasis on it at all.