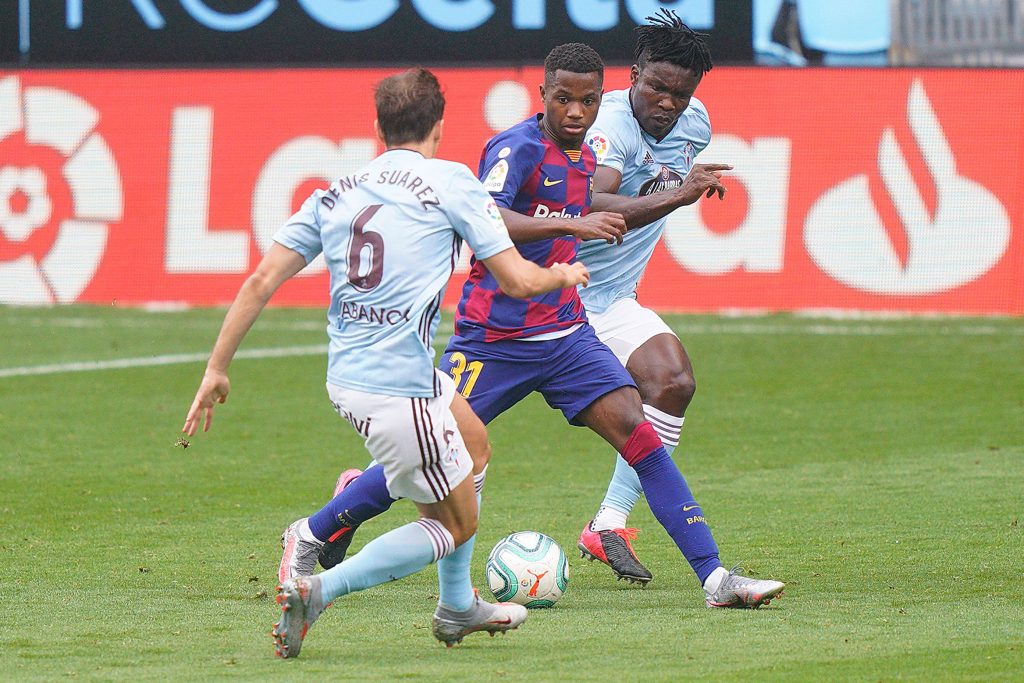 On today’s newspaper covers, Sport are claiming that Barça are planning to give the young Ansu Fati a brand new contract soon. Mundo Deportivo, on the other hand, are focusing on the players who have taken a long-overdue vacation.

But it’s the young forward who’s definitely in the spotlight here and Sport’s cover ‘Ansu armour‘ says it all – the club wants to protect the crown jewel of La Masia from any potential temptations from the outside world.

The outlet mentions Manchester United, in particular, as someone who have already shown interest and might come back to try again. With that in mind, Barça want to shield Fati by giving him a lucrative new contract, reportedly raising the release clause to €300m and giving the youngster a first-team number.

They also talk about Inter’s attempts to renew the contract of Lautaro Martínez and Barça B’s advance to the promotion finals after winning on penalties yesterday.

Mundo Deportivo are dealing with a slightly more light-hearted topic as they show images of Barcelona players enjoying their holiday following the end of 2019/20 LaLiga season.

The title ‘Charging batteries‘ is pretty straightforward too as Luis Suárez and Lionel Messi are pictured enjoying the sun, away from the worries of the Catalan giant.