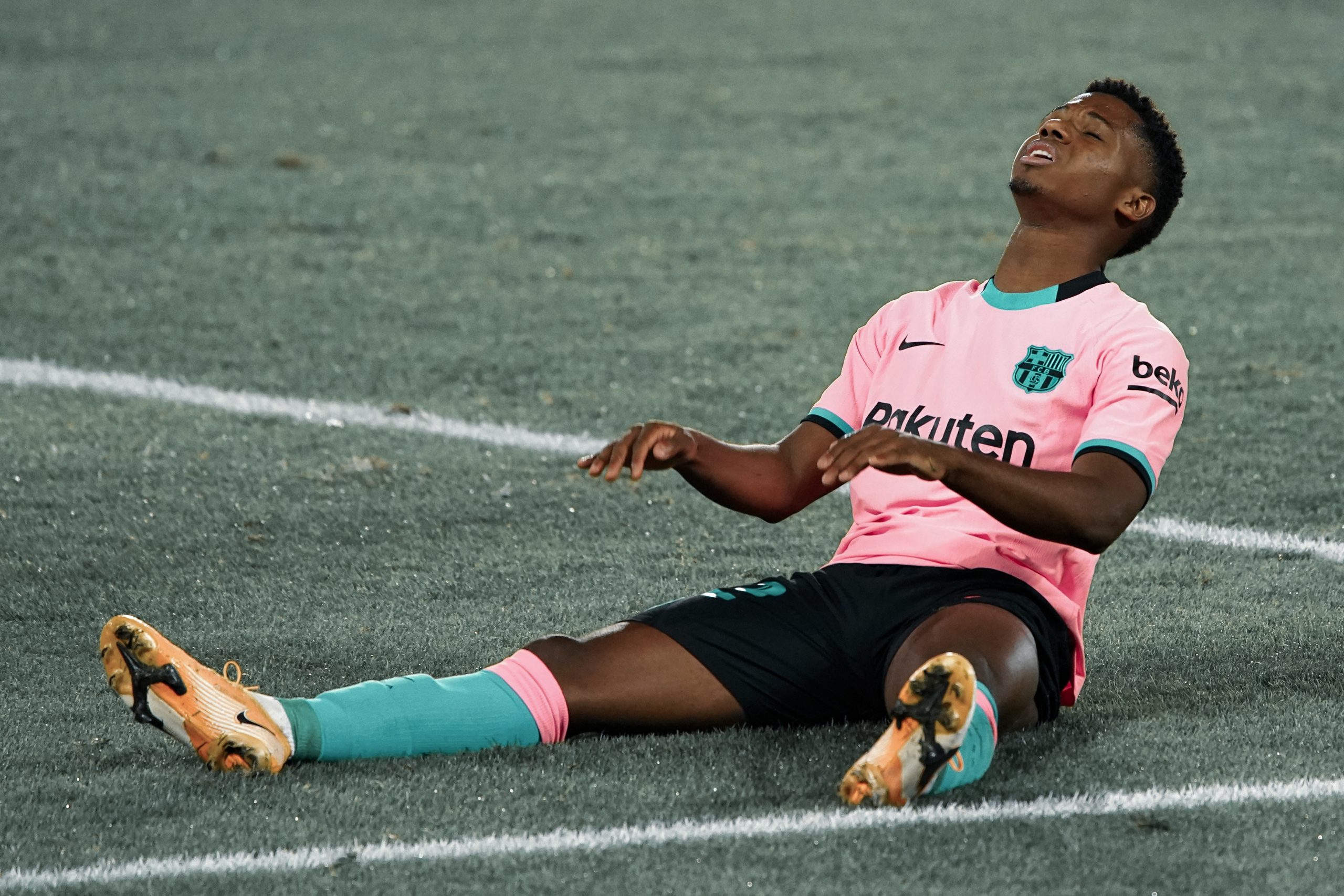 Football can be really cruel at times. Just when Ansu Fati was starting to take matters into his own hands at Barcelona, fate intervened and handed him a serious injury. Now, as the new reports are suggesting, the youngster could be out for multiple months after his operation.

Both papers are focusing on him specifically and Real Madrid’s surprising defeat to Valencia last night. SPORT are saying Fati is having his meniscus operated today and could be out for three months after that.

Surprisingly, the main cover belongs to Madrid’s defeat as they suffer a 4-1 routing at the Mestalla against the Bats. But the interesting thing is that VAR was finally against Los Blancos as the referee awarded three penalties to the home side.

Mundo Deportivo are saying the exact same thing. One part of their cover is dedicated to Fati and his surgery while Madrid are once again the main protagonists.

They, however, state Fati has three different options ahead of him and depending on which medical route he takes from now on, he may be out for a longer or a shorter period of time.

But seeing how serious the injury is, maybe taking the right steps towards recovery, regardless of how long it may take, is crucial for such a young player. He has his whole career ahead of him and we’ve seen that making the wrong decisions in those situations can be quite costly.