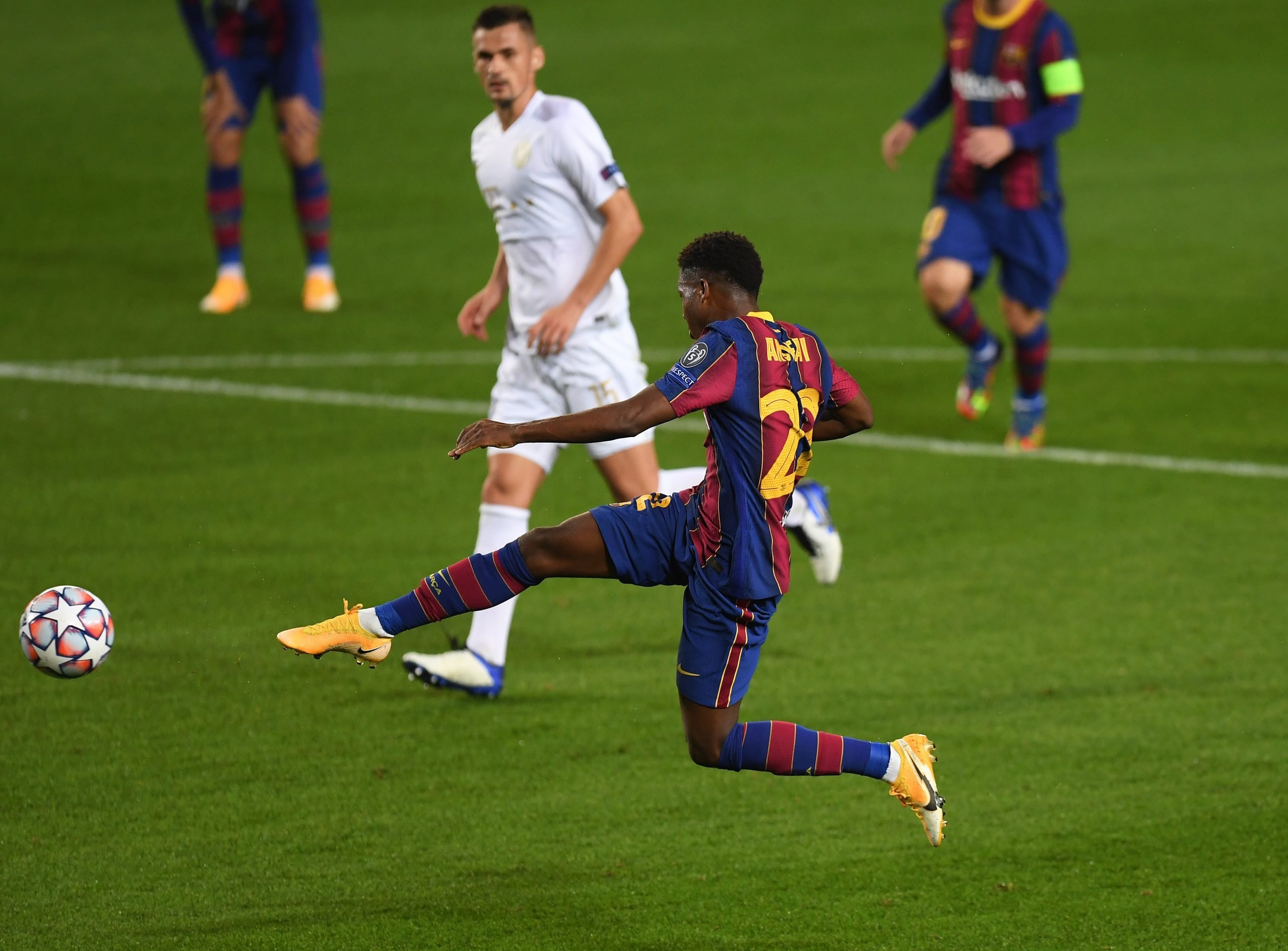 Ansu Fati is still the talk of the town in Barcelona and rightly so. The young starlet has had his operation now and will be unavailable to Ronald Koeman for the foreseeable future. Of course, the papers are focusing on that particular piece of news this morning.

SPORT are saying he will be out for a total of four months, which is about the average after an operation of such magnitude.

Interestingly, they also feel that Zinedine Zidane is cornered and needs to turn Real Madrid’s fortune around really quickly if he wants to keep his job. Florentino Pérez already doubts the French gaffer after two defeats in LaLiga and just the one victory in Europe.

Quite clearly, Los Blancos don’t have the bench to rotate the squad and it’s hurting their 2020/21 campaign. The latest to get injured is Federico Valverde. SPORT also mention Memphis Depay, who’s said to be joining Barcelona in January.

Following his operation, we won’t see Fati until March, which means he’ll miss 30 games in total and won’t be available for the first rounds of the Champions League knockout stages.

Needless to say, it’s a huge blow for Barcelona as the youngster has been their most important player in the ongoing campaign.