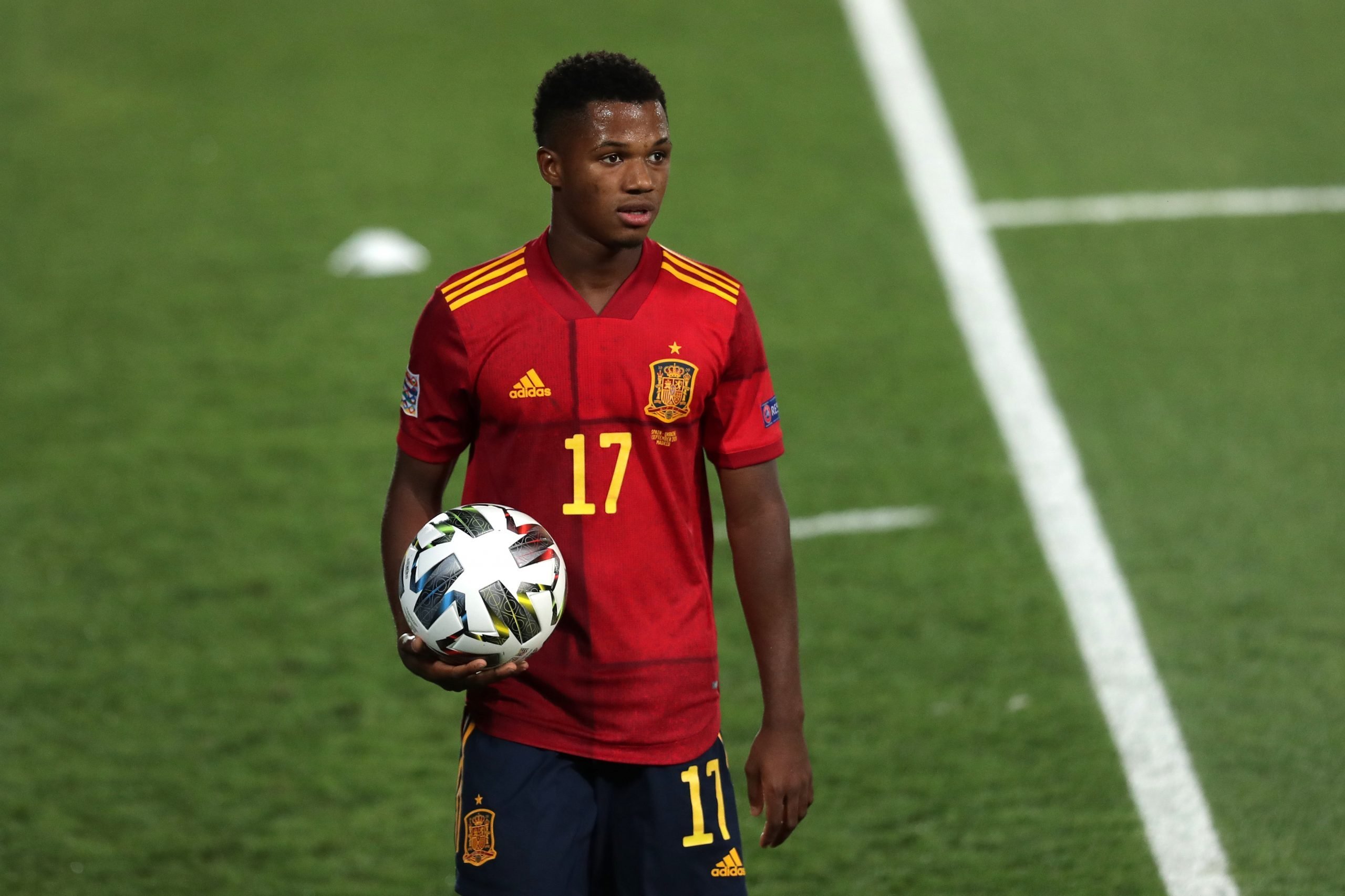 Barcelona always knew that he would be special but the boy just keeps proving it. Aged only 17, Ansu Fati makes history for Spain as they brush aside Ukraine in a very one-sided clash. The youngster is now, unsurprisingly, all over the front pages in Catalonia.

SPORT went with ‘Ansu show’, saying that the forward was scintillating yesterday, pulling the strings and destroying the opposition. Not to mention that this was his first start for Spain under Luis Enrique, the former Barça coach.

He forced a penalty which Sergio Ramos promptly converted and scored a beauty outside the box. Not only that but he also had an overhead kick attempt that could’ve rattled the net as well.

SPORT also say Barcelona are back in for Lautaro Martínez and the negotiations should go on this week. It seems that saga is not finished just yet.

Mundo Deportivo are also celebrating the young Spaniard, saying that Fati makes history with Spain. At 17 years and 311 days old, the Blaugrana gem becomes the youngest goalscorer in the history of the Spanish NT.

They went on to list all he did in the game, including the overhead kick that also graced their cover page as well. Fati is so young and yet, he is already a superstar.

2020/21 season can’t come soon enough for him to showcase what he can do for Ronald Koeman.

These might have been dark times for Barcelona but Fati is one of the shining lights that can still guide them to success.