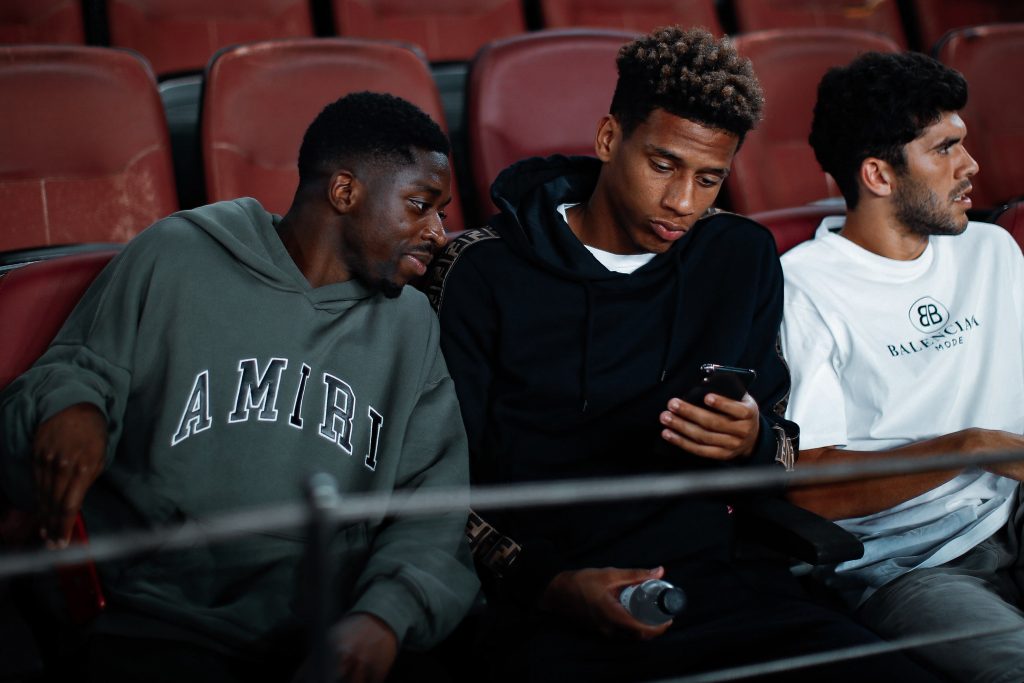 With first teamers, loanees and La Masía products, Barça may struggle to solve the squad’s overbooking this summer.

Barcelona have endless talent, but the problem is that they don’t know what to do with it. And they are even looking to collect more. This morning, Mundo Deportivo have listed all 35 players the club will have at its disposal this summer, and they aren’t few. While at present the Barça squad is relatively short, with only 19 footballers, there will be many more joining it by the end of the season. Three have already been announced as signings for the upcoming transfer window: right winger Francisco Trincão, currently at Braga, Pedri, at Las Palmas, and midfielder Matheus Fernandes, on loan at Valladolid from Palmeiras.

It looks certain that Trincão will stay next campaign with the blaugranas. 17-year-old Pedri may go on preseason with the first team, but could later be loaned out again. Meanwhile, what will happen with 21-year-old Brazilian Matheus Fernandes is more unknown. However, overlooking the home prospects for the umpteenth time, the board’s initial intentions are to keep him in spite of the overcrowded midfield.

This list of 35 does not include Marc Cucurella, who Getafe will buy permanently for €6 million once his one-year loan finalises. While there were rumours that Barcelona could bring Cucurella back and have him as Jordi Alba’s replacement, Mundo Deportivo later stated that the Catalans do not have such buy-back option this time around. As a consequence, they seem to have ruled out re-signing the young versatile left-back and left winger.

The ones who will return to Barcelona once this course is over are the seven other loanees. Today Sport has reported that Jean-Clair Todibo will be the first sale of the summer, as the directives expect to generate at least €25 million from the French centre-back’s transfer. The other six players on loan are Rafinha, Philippe Coutinho, Carles Aleñá, Moussa Wagué, Oriol Busquets and Juan Miranda. Rafinha, while he could be part of a swap deal, may be bought permanently by Celta. Wagué is likely to be sold. The likes of Oriol and Miranda may complete the preseason with Setién’s side, but could leave on loan to Spain this time. Coutinho and Aleñá are the ones who have the most chances of staying at the Camp Nou, even if the club is not dismissing the possibility of using them as bargaining chips for acquisitions such as Lautaro’s or Pjanić’s.

There seem to be just too many, but a lot of talent could be very well exploitable | Photo by Jeff Kowalsky / AFP via Getty Images

And, last but not least, a minimum of six Barça B youngsters will need to be taken into consideration too. The first one obviously is Ansu Fati, who will stay in the senior team but playing for the B in case he needs minutes. The remaining five are the ones who have been training with Setién these days: Riqui Puig, Iñaki Peña, Álex Collado, Ronald Araújo, and Monchu. They all could all be promoted, though Monchu is the least expected to do so. Undeservedly so, as he has been García Pimienta’s most used, most important and most mature figure in the Second Division B.

This should finally be the year of Riqui’s promotion. Iñaki Peña will probably be used as Ter Stegen’s back-up due to the likely exit of Neto. Araújo could become the fourth centre-back with the departure of Todibo. And Collado’s versatility and quality seems to be valued by Setién. Apart from them, Barcelona should not forget either about the likes of Jandro Orellana, Jorge Cuenca, Óscar Mingueza, Dani Morer, Akieme or Kike Saverio, who have been excelling under Pimienta this term. They all are gifted and more than suited to the style, while economically they could save the club a lot of money since they would not require transfer fees and would demand much lower wages. Youth and promise, La Masía should be the solution to such crisis.

Overall, from veterans to youngsters, Barça will have to figure out what to do with a long list of players this summer. Some could stay, others be sold, others exchanged and others loaned out, without even considering the additions. Lautaro Martínez or Miralem Pjanić, for instance, could be joining the culés. Nevertheless, with the limited economic resources and the squad’s desperate need for a rejuvenation, the key to such problems could be more youth, and less big signings.